National
“I want that report on my desk today!” Morrison yells into stapler
1st of your 1,000,000 free articles this month 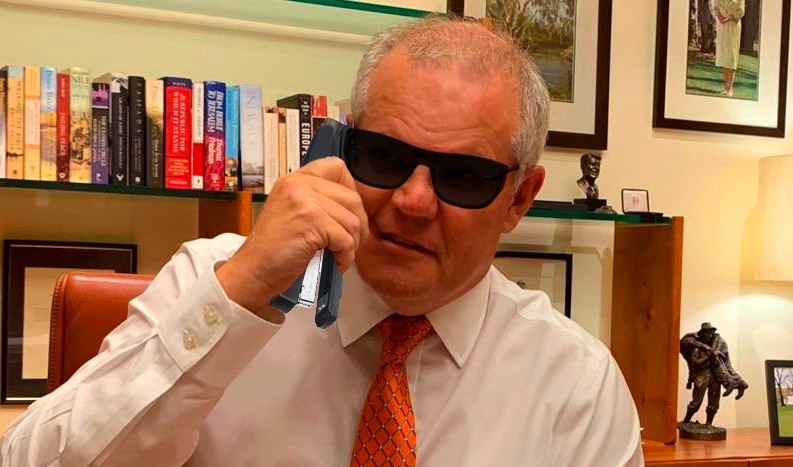 Prime Minister Scott Morrison has today demonstrated that the welding incident has had absolutely no effect on his eyesight, by going about his daily routine without a single hiccup. “See I’m perfectly fine,” Morrison told his coat stand today while taking a bite out of a coaster. “Now anyway, let’s start the press conference, which I assure you all has always been held in this broom closet.”

Speaking to staff later on his stapler, Morrison was heard raising the possibility that funding to the NDIS should be doubled or maybe even quadrupled, for no particular reason. “Yes, I just think it’s important that disabled people are treated with compassion and respect,” explained Morrison. “I know what I said last week about them all being expendable pawns if it means we can shave a few hundred dollars off the budget, but I have just had a change of heart for absolutely no reason.”

Informed that he is fooling absolutely nobody, and that he is clearly blind, Morrison explained that this is not an issue at all, as he has basically been blind to everything going on around him for the last four years, and it only cost a few thousand lives.