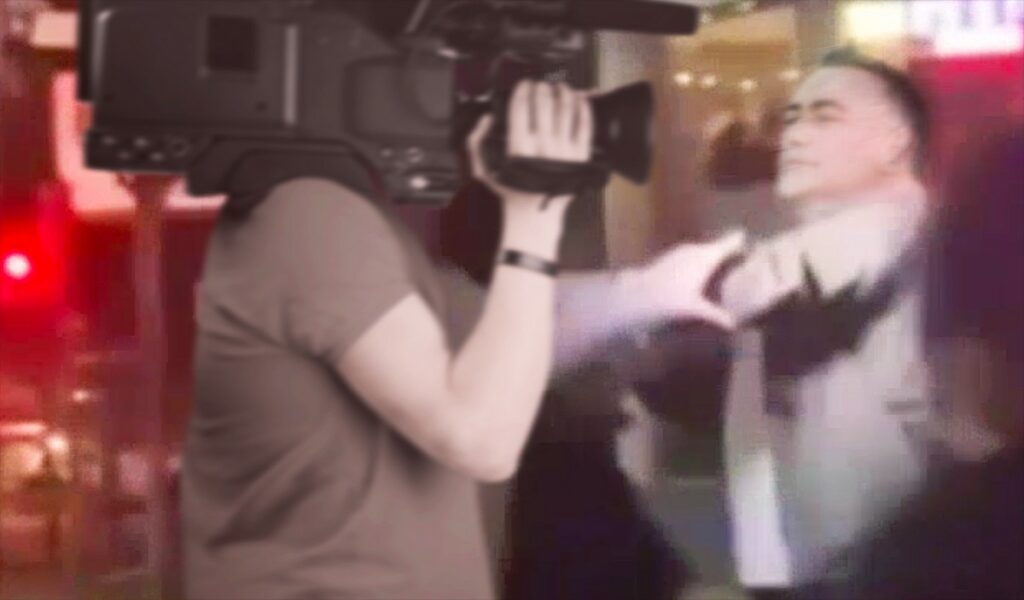 Former Deputy Premier of NSW John Barilaro has today literally hit back at reporters, taking up a new job as the state’s head of trading of blows with cameramen.

Barilaro however defended attempting to grab the camera from reporters, stating it was simply second nature at this point to attempt to destroy any and all evidence that he is involved in.

“I do not deserve to be harassed like this,” said the man who sent a police raid to a teenagers house. “What is this country coming to? Can’t a man simply award himself a $500,000 a year job in New York that he created shortly before quitting politics, without being harassed in the street by journalists? God, if this keeps up nobody’s going to want to run the risk of being accused of corruption anymore. Is that the kind of government we want to see?”

Asked for comment in relation to this piece, Barilaro punched the journalist in the mouth before sending a police SWAT team to beat up their dog