National
Labor ‘heroically’ makes ‘Net 0 by 2050’ stance official, one week after the fossil fuel industry
1st of your 1,000,000 free articles this month 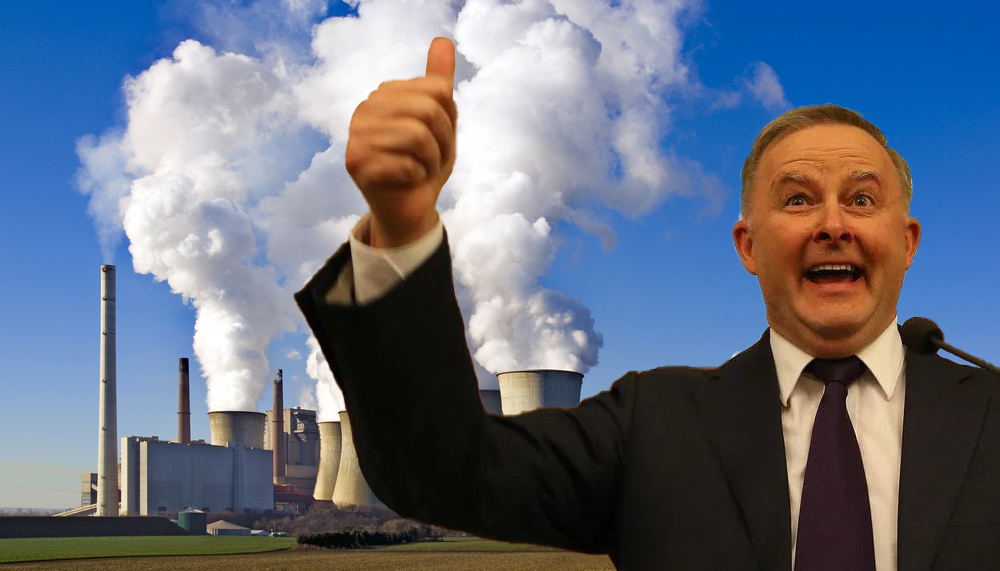 Member for Focus Groups, Anthony Albanese has today announced that the Federal Labor Party will be ‘heroically’ show ‘leadership’ by standing up and officially committing to Net 0 emissions by 2050 if the party takes power in the next election.

The announcement, which is the closest Albanese has shown to having a backbone since becoming Opposition Leader, is a first of its kind for either of the two major federal parties. Firmly cementing that historically Federal Labor’s swift thinking on the issue was only slower than other groups like every state government, the majority of Australians, News Corp, most allied nations, small businesses, big businesses and the fossil fuel industry; however still behind the scientific consensus that 2050 is no longer a good enough target.

“I know some of you have been waiting a long time for us to officially take this stance, and some of you might have thought we already had taken this stance from the amount we have previously implied that we have. But unlike this government who says they wont commit to Net 0, we are not all talk. We are about action! Action in the form of talking about future talk about action!”

“I know some people will say that it is ‘not enough’ but what is actually not enough is the Morrison government not making this commitment yet, ignore those inner-city greenie types like scientists, economists and Boris Johnson. Instead focus on what is really important, that the Labor party is very slightly better that Liberal on certain issues for the upcoming election.”