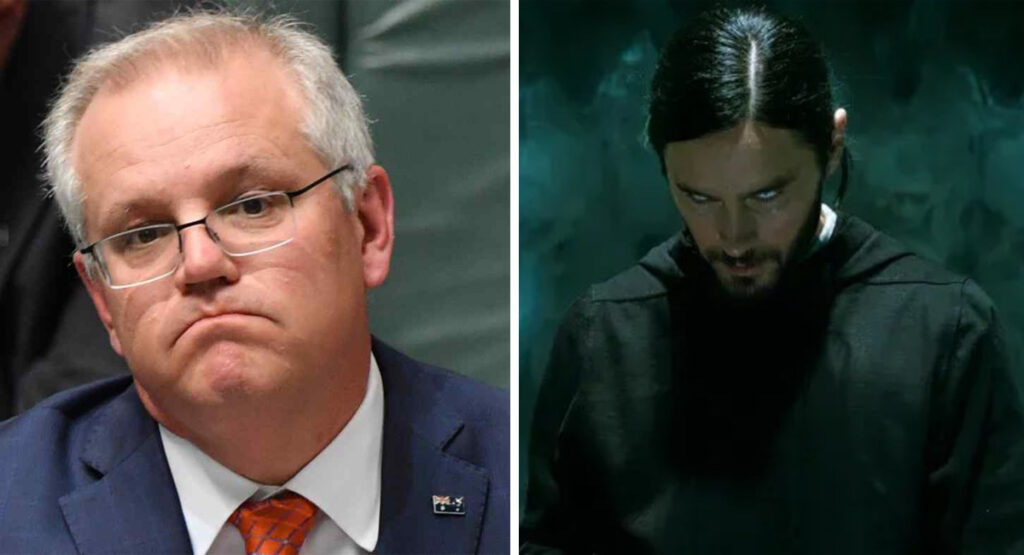 Prime Minister Scott Morrison is facing pressure from within his party following a new set of polls suggesting that the PM is now less popular than Sony’s Morbius.

The evil blood sucking fiend has fallen behind the vampire in regards to public perception as showings of the movies are able to draw in crowds in the ones of people, smashing the PM’s latest outings.

“It is absolutely terrifying.” said one movie goer. “Obnoxious, cringe inducing and with a with a creepy fuckwit in the lead role, I just can’t find a single likeable thing about the Liberal Party.”

However some critics have praised Morrison’s performance saying it is a true testament to the strength of method acting. “I mean there is no way someone can act like that much of an asshole for that long and they can still keep a smile on their face. I mean sure Leto faked being disabled and sent condoms to co-stars, but still actors usually have a real person with basic emotions underneath it all. But with Scott you can’t tell that.”