WRITTEN BY
Dan Crowley
For The Chaser 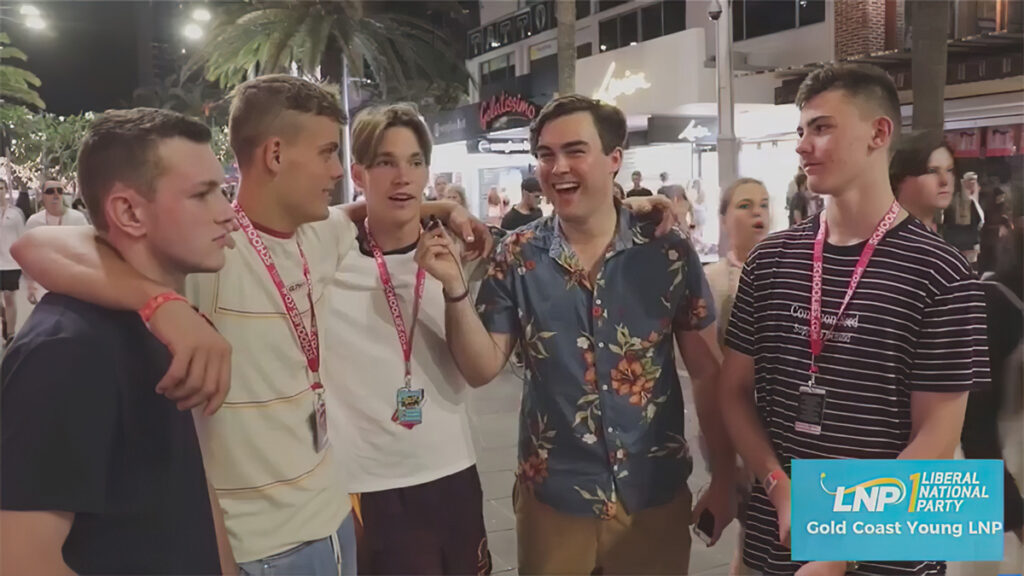 The Liberal party has rushed to distance itself from a video today uploaded to the facebook of the Young Liberals and Nationals which openly and accurately discussed the beliefs of a large number of members of the party.

“I have it on good grounds that the young men in that Young LNP branded video uploaded to the Young LNP Facebook page are members of the Greens party.” said one representative for the National Party. “I don’t have any evidence for this but I have a hunch and that says more than 1000 scientists ever could.”

The Liberal party have also spoken out on the video, stating that the young men have been condemned and promoted to cabinet. “Clearly what that young man said about our nation’s indigenous people is abhorrent,” said one high ranking member of the Liberal party who protested the ‘Sorry’ speech. “This kind of thing detracts from our party and the message that African gangs are destroying our way of life. Now if you’ll excuse me I’m off to climb Uluru.”