National
NSW government cancels Mardi Gras over fears that someone may be planning to have fun
March 1, 2019 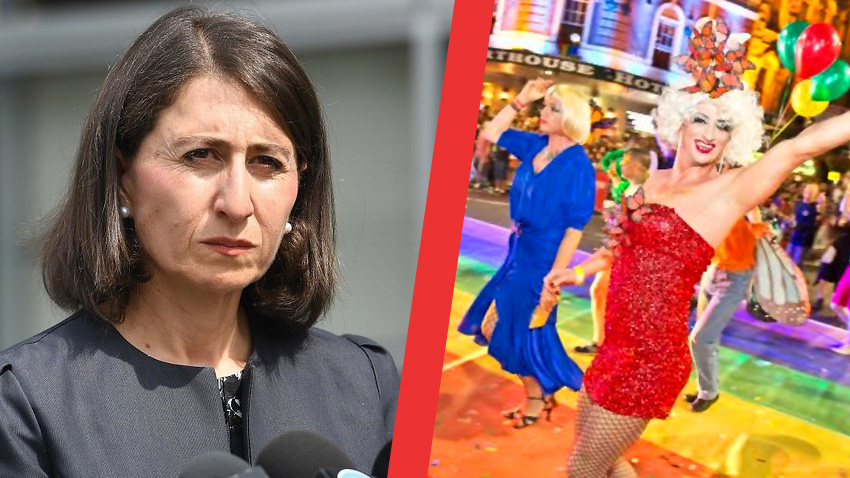 NSW Premier and foe of spell check Gladys Berejiklian has today announced that the annual Sydney Gay and Lesbian Mardi Gras will no longer be going ahead, after police were anonymously tipped off that a person or people may be planning some kind of ‘fun’ at the event.

“While it with the heaviest of hearts that we have to make this decision, I’m afraid based on the intelligence I’ve received I simply cannot allow this event to go ahead in good conscience,” explained the Premier at a press conference this afternoon. “Not only are there reports of a crazed ‘fun man’ planning to attend the event, but I have also learned that he is now in possession the ingredients required to construct a ‘jager bomb’, which I can only assume is a kind of deadly, terrorist device.”

“However, all is not lost,” continued Berejiklian, with a smile. “While we may not be able to hold the glittery, sequined spectacular that Sydney has become accustomed to, I’ve got something just as good planned, and it’s my pleasure to introduce to you all today the brand new, gay and lesbian sausage sizzle and knitting afternoon, which will be held annually on the first weekend of March, weather permitting of course.”

“I’m sorry,” continued Mrs Berejiklian moments later, “I’ve just been informed by my colleague that the Sausage Sizzle and Knitting Afternoon has been cancelled. Apparently there was too much of a liability that someone might slip on one of the onions and then fall on a needle, killing them instantly. Guess we’ll always have the memories though. Now who’s down to go get some plain rice and water in China town? Oh wait, never mind it’s almost 2pm, can’t be having a meal so close to dinner now can we now! But I’ve got some bran crackers in my handbag if anyone wants to be especially naughty?”

The entire press conference was then raided by police and shut down, after the large gathering listening to a woman on stage was mistaken for an illegal high risk music festival