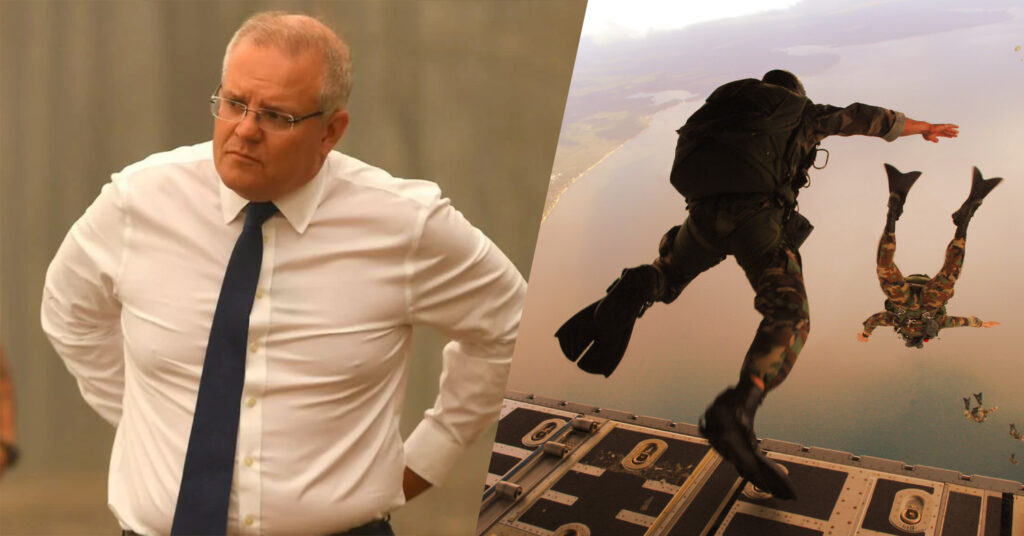 Prime Minister till Friday Scott Morrison has taken drastic action on the bushfires today, following what was some of the worst fire conditions in the last two months, by sending in an elite team of spin-doctors to fire affected areas to address the public’s concerns.

“When this crack team of marketing experts are done, you won’t even need to fight the fires,” Morrison explained at the $100,000 project launch this morning. “In fact, we’ve just released a brand new ad campaign highlighting the various benefits these fires are bringing our country, like the global media coverage, the photography opportunities, and the huge amount of money being donated to the RFS. In fact, it’s raised so much money we might be able to just privatise the whole thing and finally get it off the government teat. How good is that!”

However the plan has already hit a snag, with the marketing team all going on overseas holidays and being unavailable to spin the fires. “What’s wrong with these people, don’t they know there’s a national crisis happening?” a furious Morrison shouted as he stormed out. “What a bunch of selfish twats. Right, someone pull up Windows Movie Maker and some stock audio, I’ll make this ad myself, and it’ll be the best damned ad you’ve ever seen!”

UPDATE: The Prime Ministers office has since retracted the ad, and apologised to all those affected