loading...
National
Morrison on Sydney climate fires: “There’s nothing to see here”
1st of your 1,000,000 free articles this month 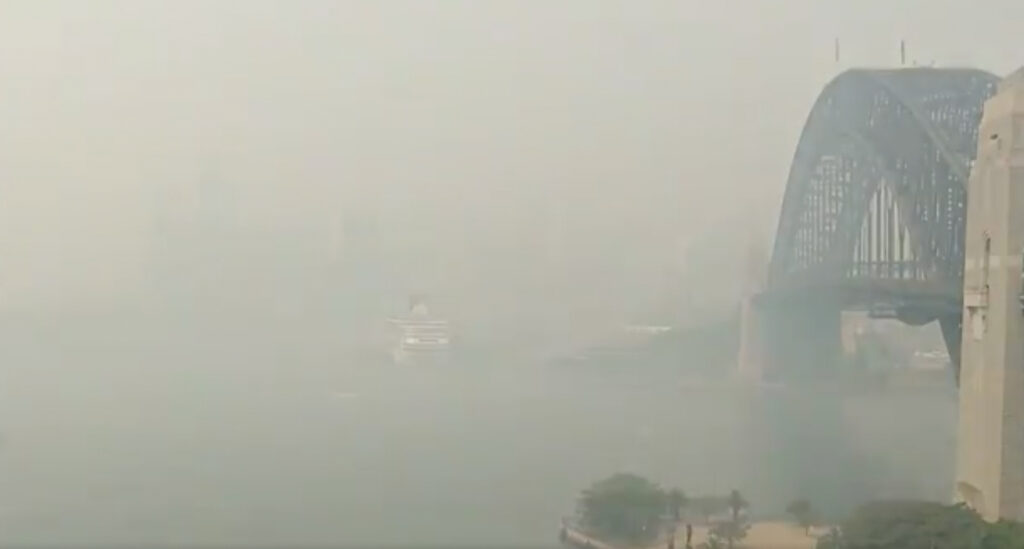 Scott Morrison has today declared that he can’t see why the climate fires engulfing Sydney are a problem. “I can’t see any reason to worry. In fact, I can’t see anything at all,” he told reporters. “Is anyone recording this? Hello? Anyone?” he said before wandering off into a smokey haze.

“There’s nothing to see here,” he said, pointing to a blanked out wall of smoke. Mr Morrison’s advisors later confirmed that he was speaking literally. “I also can’t see any evidence linking these fires to climate change, thanks to all this smoke in front of me.”

Mr Morrison will today open the next phase of the new Adani coal mine. Mr Morrison said the fully automated mine will provide jobs to 400 robots. “This is a great day for Australia,” said Morrison while standing in a a concrete bunker to avoid the raining embers falling from the sky, “I can’t see any problem with this either. Who turned out the lights?”

Meanwhile, Opposition Leader Anthony Albanese has reaffirmed Labor’s commitment to exporting coal. Mr Albanese that he was committed to working out a way for Australia to transition to a post-coal economy, just as soon as he’d finished counting the Labor Party’s affiliation fees from the CFMEU Mining division.