loading...
National
Morrison starting to wonder if he’s praying to the wrong God
1st of your 1,000,000 free articles this month 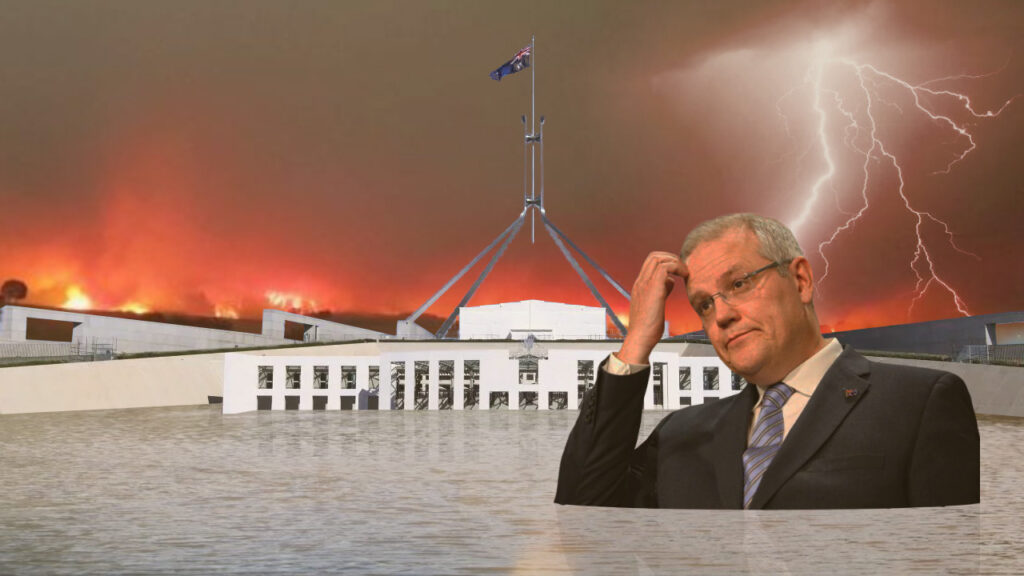 Coal lobbyist and part-time Prime Minister Scott Morrison has today looked around at the country that has just undergone six separate natural disasters in two months and wondered if maybe he’s made God a bit mad.

“The fires I could understand, after all God’s always been big on the burning bush gimmick,” explained Morrison to journalists as he treaded water outside Parliament House. “But floods have always been a big red card when it comes to God being pissed with us. There’s just something about the dust storms, drought, hail, fires, floods, cyclones, tornadoes and plague outbreak that makes me think my prayers might not be having the intended consequences.”

Morrison has instead decided he will try a new approach, by praying to a different god each day of the week to hedge his bets. “Sundays will be Catholic, because I love any excuse for a good fillet of fish burger at Maccas,” explained Morrison. “Then Mondays will be Buddhist meditation day, Tuesdays I’ll be going Sikh, Wednesdays Pauline Hanson has kindly offered to convert to Islam and lead the Parliament in prayers so she can get a tax write-off on her burqua, Thursday is Hindu, and Friday we will be praying to the most powerful force in the known universe, the coal lobby.”

Asked whether this plan by Morrison would be effective in preventing further climate-related disasters, God was unavailable for comment, due to not existing at the time of publication.