National
Morrison volunteers to investigate if Hawaii has any RAT tests left
January 10, 2022

WRITTEN BY
Anthony Bell
For The Chaser 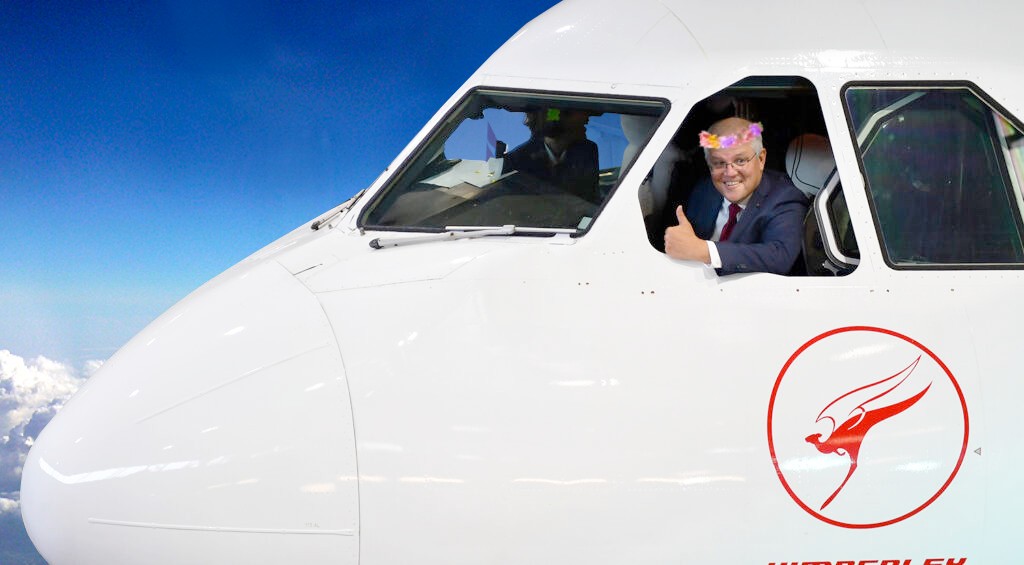 Prime Holidayer Scott Morrison has lept into action and ordered at direct flight to Hawaii today, after hearing the country has entered another crisis. “Don’t worry guys, I’ve got this!” shouted the Prime Minister from his jet window has he threw on his emergency flower crown. “Someone put some coffee on, this is going to be an all nighter and we’ll need some espresso martinis to help me dance through it.”

Mr Morrison has pledged that he will not return from his overseas trip until he has secured enough RAT tests for every Australian, even if that means he has to spend months or years in Hawaii. “My focus, as always, is on the health of the Australian people,” announced Morrison resolutely to his beachfront bartender. “You don’t happen to have a million rapid tests for sale here do you? No? Well I’ll just take a pina colada then. Maybe tomorrow I’ll see if the waterpark has any tests.”