National
News Corp editor dies of joy after realising they can use the headline “strawberry needler needled”
November 12, 2018 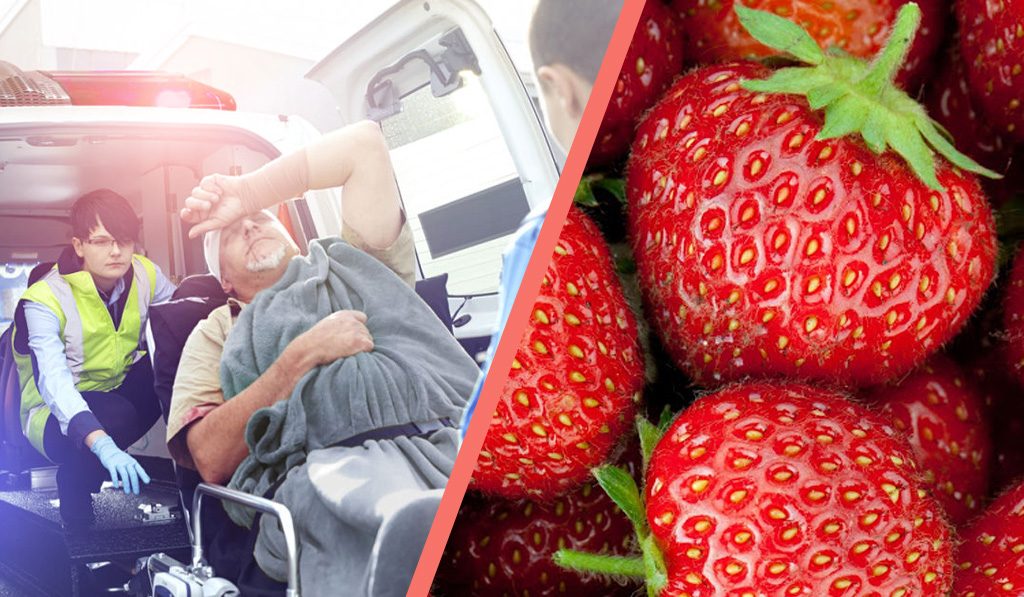 Citizens across the country have taken to the streets today, to celebrate the end of the reign of fear and terror that has gripped the country since September, with the announcement that authorities have finally apprehended the infamous strawberry tamperer.

News corp editor, champion of the common man, and part time inner-west residing millionaire Chris Trustfund said the news was a momentous day for the Australians – and especially journalists. “When we heard the culprit had been caught, a cheer went up across the newsroom,” laughed Chris. “It finally put an end to our worry that we might never be able to use that headline ‘Strawberry needler needled‘ that’s been sitting idle on the whiteboard for months now.”

“My only regret is we didn’t find an angle to blame the situation on trans kids,” continued Chris, “though I have recently seen compelling evidence that the rise in fruit tampering may be directly correlated with the rise of gender-neutral bathrooms. I mean, do you think it’s a coincidence that this has happened only months after same-sex marriage was legalised? Sure it might be, but it’s hardly my job as a journalist to critically analyse inflammatory claims before broadcasting them to millions of easily influenced readers.”

However it was not all good news for the editors at the Murdoch mouthpiece, with the capture of the strawberry sleuth ending what had been a lucrative story for the newspaper. “Now instead of beating up a story about three needles being found in a supply of over 12 million strawberries, we’re going to have to go back to boring old stories about how the financial sector is defrauding millions of people out of their retirement savings,” sighed Chris. “That’s not why I got into journalism.”

Police have also stated that while they may have found the culprit, the investigation will be ongoing and that a further $5 million will be invested into the anti-fruit tampering department in coming years.

“We’ve learned a lot from this multi-million dollar and month long investigation – gone are the days where we can afford to be naively lax about the safety of our fruit and vegetables,” announced the new head of the government’s new Fruit Force this afternoon, “For all we know this could simply have been one instance in a network of terrorist fruit tampering cells. But the good news is we now have plane clothes officers working in every farm, packing facility and fruit aisle across the country. If anyone thinks they can slip a needle past us, well they probably can, but still – it  sure helps make the government look tough on crime doesn’t it?”