loading...
National
Parliament to close for five months so Morrison can take a well-earned break
1st of your 1,000,000 free articles this month 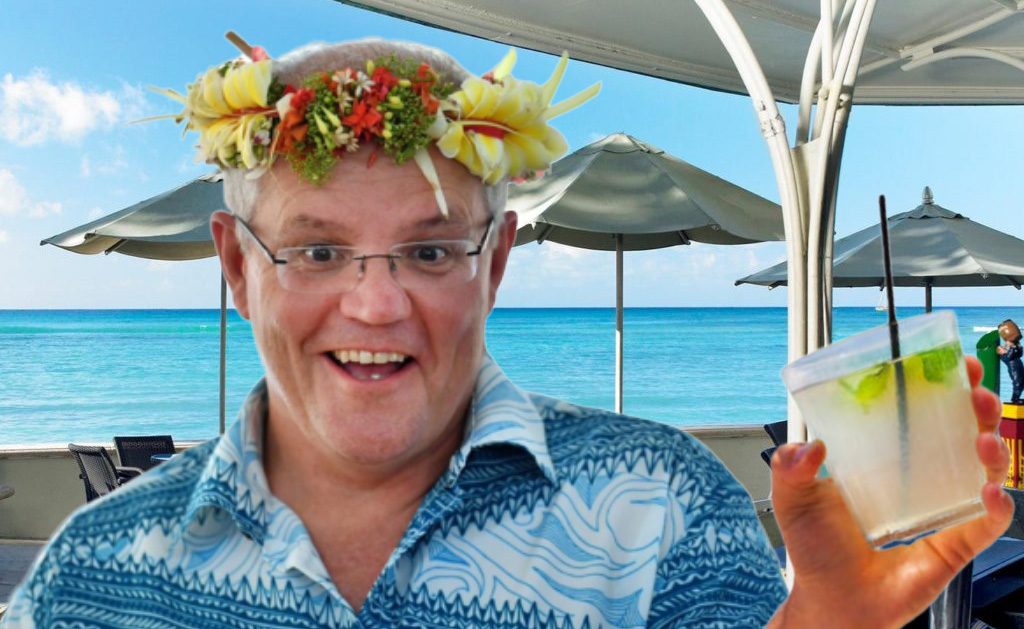 The Prime Minister has unveiled a new parliamentary sitting calendar, which won’t see parliament meet again until August. The new schedule will allow Scott Morrison to take a well-earned break, after a gruelling few weeks back since his last holiday at the beginning of the year.

“You can’t imagine how much work I’ve been doing,” he told a room full exhausted journalists, medical professionals and public servants who’ve all been working around the clock. “I’m whacked. I really need a bit of me time.”

“The parliament met for a couple of days this week, and in that time we passed $66 billion worth of stuff to deal with the crisis, so I feel like I’ve pretty much done the next five months of work anyway,” he said as he put on his favourite shirt he picked up in Hawaii over summer. “I can’t imagine anything more happening between now and August that would need parliament. See ya!”