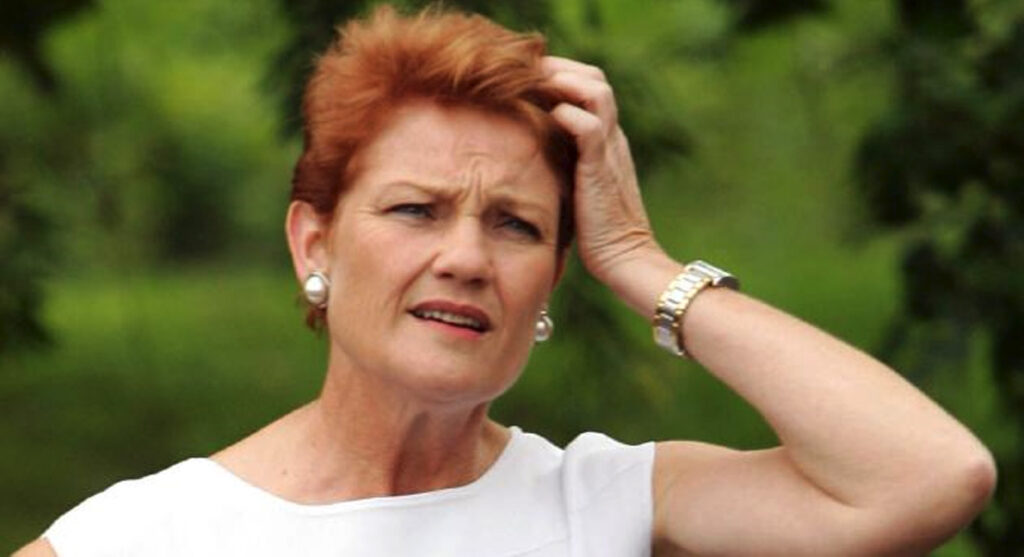 One Nation Senator and breakfast TV’s favourite racist, Pauline Hanson, has today been deported back to the early 1900s after she failed to integrate with modern Australian values. The country’s foremost white supremacist and former Dancing With The Stars contestant is reported to have lost her citizenship after attempting to show off how simple the new English test would be.

“Look any idiot could pass this test, it’s just cotton knowlenge,” slurred Hanson, “Look take queshtun A for eggs ample. What is a adverb… well thats… that’s eashy, you jush, uh, well I’m sure queshtun two will be easier.”

However, Ms Hanson quickly backpedaled after the second question required her to name a word starting with ‘n’. While she was initially quick off the mark with her answer, fellow panelists on breakfast Sunrise were forced to immediate cut to an ad break.

“What, what is it?” a confused Hanson was heard asking hosts as they tried to smile through the debacle.

“That’s it, you’ve crossed a line this time Pauline, I’m afraid you just can’t say that word on this show,” said a furious David Koch, “I’ll put up with your blatant racism any day of the week, but to say the word ‘Nine‘ out loud on this show is a step too far.”

Pauline Hanson says people who can't speak english should not be allowed in Australia, in bad news for Pauline Hanson pic.twitter.com/lkMW01OrzF