loading...
National
Peter Dutton calls for more civil debate from those leftie scum
1st of your 1,000,000 free articles this month 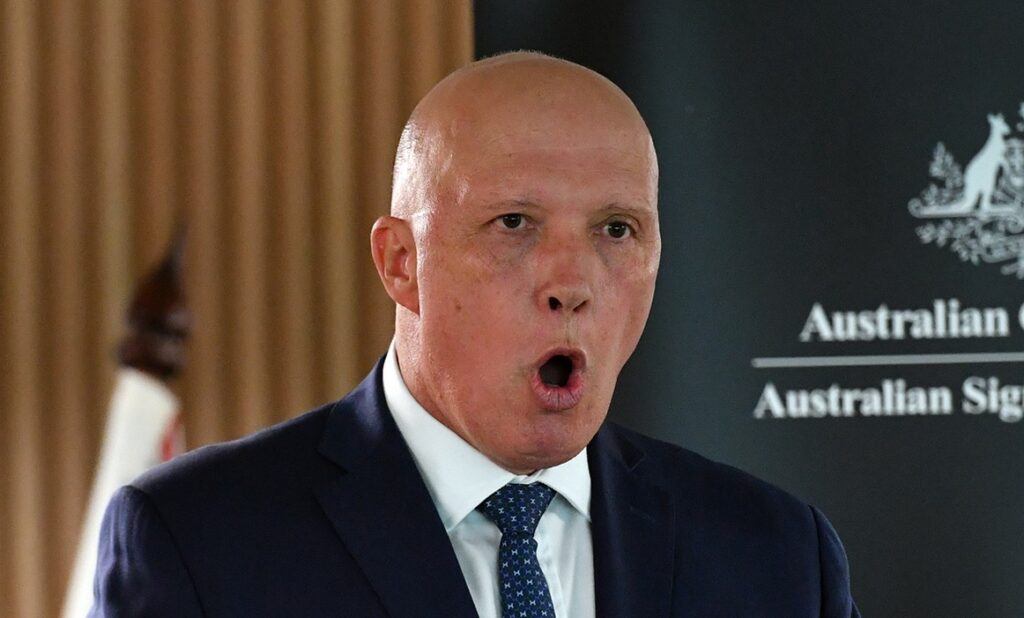 Opposition Leader and all-round kind-hearted soul Peter Dutton has called for a greater standard of civility in politics, especially from those leftie scum he wants to destroy.

Dutton has blamed social media for damaging the country’s civil debate, as well as African gangs.

Prime Minister Anthony Albanese has also spoken out about his wish for less divisive politics, which he aims to achieve by simply agreeing with everything the Opposition says.

Ex-PM Scott Morrison has also vowed to contribute to making Parliament more constructive, by committing to being overseas every time it sits.