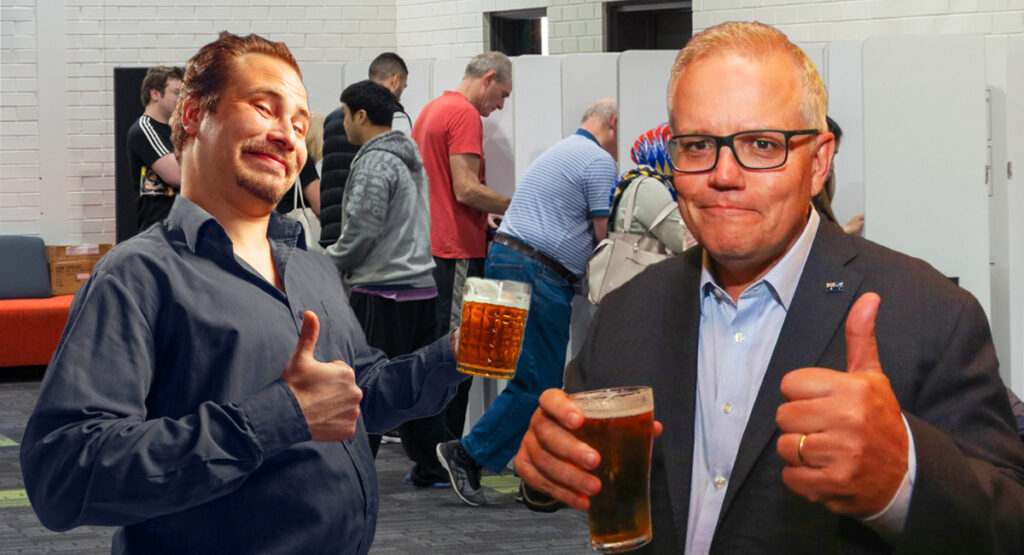 Prime Minister Scott Morrison has pushed forward with his rumoured plan to make beer cheaper, in hopes that people will get drunk enough to accidentally vote for the Liberal party when the election comes around.

“How good is beer?” said the PM during a press conference earlier today. “We want everyone to be able to get on them. In fact, let’s just make the election a big old party. Just some democracy sausages and a lot of beer, before you fill out your ballot even. We’ll even help you fill it out if you’re too drunk.”

“Also, we are also excited to announce that we are getting rid of those pesky drink limits at bars on election day. We can all celebrate what good democracy is by putting in our votes in the same mindset that Barnaby is in when he votes on legislation.”