loading...
National
PM slams Melbourne for leaving lockdown before Sydney, ‘It’s not a race’
1st of your 1,000,000 free articles this month 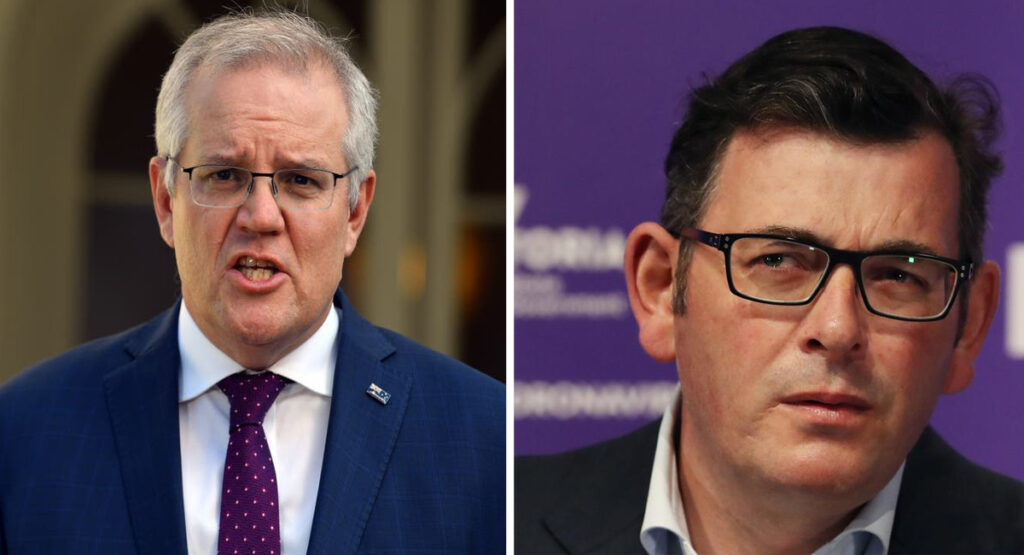 Part-time Prime Minister of Australia Scott Morrison has today stood alongside his fellow Sydneysiders during a speech he gave in Canberra. During the speech he said that he feels horribly for those currently in lockdown in Sydney and slammed the Victorian government for ending their lockdown, calling for the state to remember “it’s not a race”.

“Covid responses are never a race,” said the PM during his ‘isolation’ that involves photo-ops and pressers, “and Victorians need to understand that better than anyone! As a Sydney man myself, it is devastating that they would act so selfishly by acting as if this is a race. They need to understand this is marathon, you cant just go all out at first. Gladys had the right idea.”

“We have made it very clear that Melbourners aren’t people we should be sympathetic too, I don’t even have a house there. Melbourners made their bed and have to lie in it, but that doesn’t mean that if they don’t need to lie in it anymore that they can get back up. I mean honestly, who treats this stuff like a race? I don’t, Gladys doesn’t but now Dan Andrews seems to think it is a race? What an idiot.”

“Now if any journalists have questions that praise me or ask if I shat myself, I am ready to answer them.”

In response to Melbourne’s ‘failure’ to maintain a steady pace of Covid transmissions in the area, the PM has announced a rollout of JobSeeker to anyone who loses their job in order to bring Covid back to Melbourne.