National
PM whose best friend is a key Qanon figure shocks media by not completely condemning Qanon
1st of your 1,000,000 free articles this month 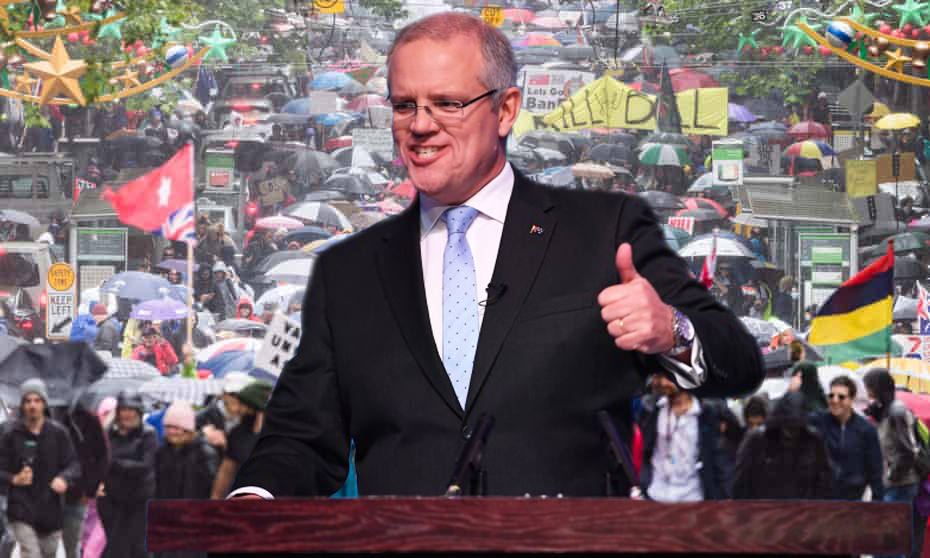 Prime Minister Scott Morrison has responded to mounting criticism following a week of not condemning conspiracy theorists calling for the murder of Premier Daniel Andrews and his family. The PM responded this morning by saying that he is against violence in the streets, before leading to a ‘but’ that shocked everyone in the media who somehow actually expected the PM to fully condemn Qanon.

“Look it should go without saying that I do not support threats of murder in the streets,” said the PM, “and by that I mean that the media should just jump to me saying that I have condemned it. It would be a lot easier that way.”

“I have taken some time and I think that of course people probably shouldn’t be calling to lynch Dan Andrews, but I do think their frustrations should be heard and we shouldn’t be villainising the good people of Qanon over this. I know some of them, they are great people. I also know Dan Andrews, and I am not saying I support what is happening, but I do think he needs to take a step back otherwise a storm is coming.”

In response to the bizarre statement, many in the media have questioned whether the PM whose best mate is a major Qanon figure, is doing enough to condemn the group.

“I can not believe he added a but to the statement. This is an unprecedented move for a world leader, we haven’t seen anything like this except for Trump. Oh yeah wait, no, also all the other times Morrison has turned a blind eye to Qanon. Besides those this is a very new one-off situation.”