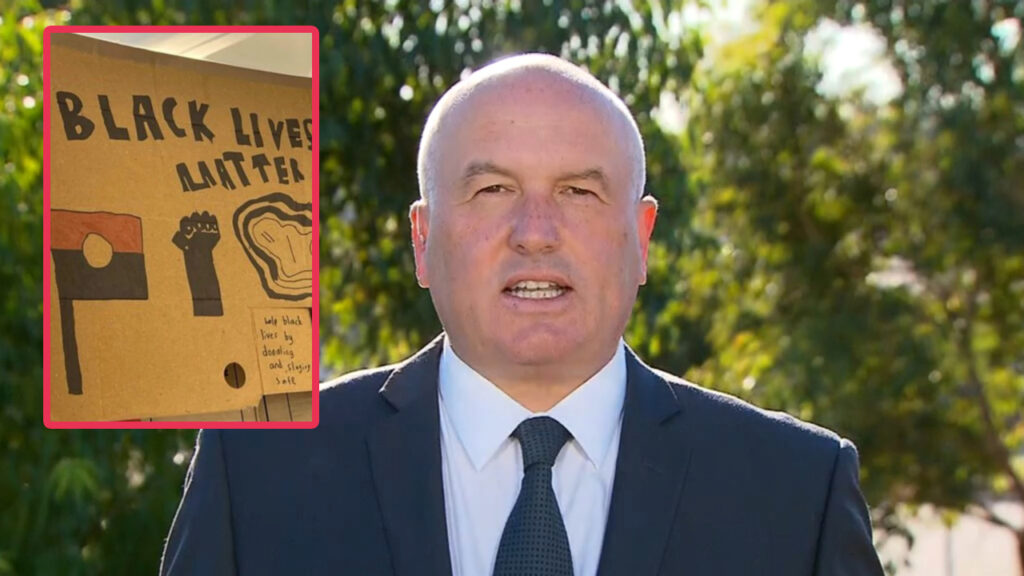 The NSW police minister has today successfully read the room by suggesting that a poster stating that ‘black lives matter’ is somehow an attack on police.

The police minister has called for the teacher that approved the poster, which suggests that black people should not be murdered, should be sacked. “The idea that black people don’t deserve to be indiscriminately killed without justification is clearly aimed at attacking the police,” said the minister. “and it certainly doesn’t expose a serious problem with police thinking that we’d somehow read into it that way.”

“One poster in particular, reading ‘Stop killer cops’ especially offended me,” said the minister. “Are they suggesting that people who commit crimes should be stopped, or maybe imprisoned? I assure you the police do not agree with such ludicrous activist thinking.”

“I can’t believe we’ve got these left-wing teachers out there acting racist themselves by saying white lives don’t matter,” said the minister on the Today show. “As we all know, if we call for police to stop murdering black people then we will simply have to start murdering white people to meet our quotas. Wait what do you mean we shouldn’t be murdering anyone?”

“In any case black deaths are an American problem,” he explained. “The constant scandals around indigenous people dying while in police custody are just 456 isolated accidents.”

“The point is political activism has no place in our education system,” he continued. “Now if you’ll excuse me, the parliament have to get back to banning all mention of trans people in our schools which still have weekly scripture classes.”