loading...
National
Prime Minister makes it up to Brittany Higgins by offering her a milkshake
1st of your 1,000,000 free articles this month 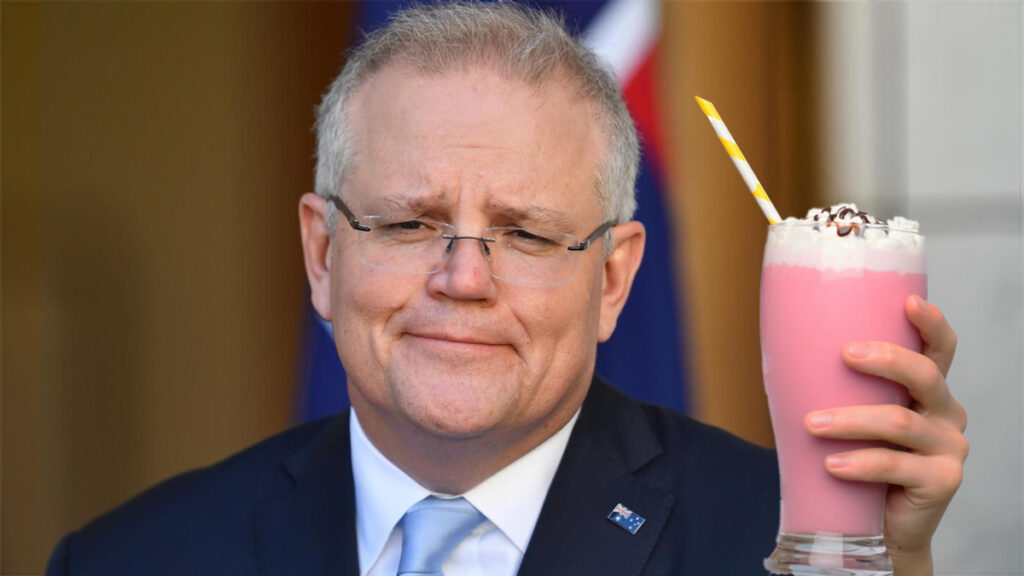 The Prime Minister has today sought to make amends with rape victim Brittany Higgins after sitting down to hear her concerns about the culture in parliament. “I hear what you’re saying,” the Prime Minister said as tears streamed down his face, “and I just want you to know that this milkshake is for you. We good now?”

The Prime Minister also went to lengths to explain to Higgins how the incident in parliament had affected him on a personal level. “I was really moved by your story Brittany,” Morrison explained. “Specifically I moved about 4 percentage points in my approval rating. So I really understand the suffering you went through.”

“But that’s not all,” Morrison continued, “I don’t want you to think I’m some kind of a monster. It’s just like the guy I pay to explain emotions to me, empathy is everything. And as the father of two daughters, I assure you I will be doing the absolute minimum to ensure this doesn’t happen again.”

“Now are you going to finish that milkshake? I’m pretty thirsty after all that emotional labor.”