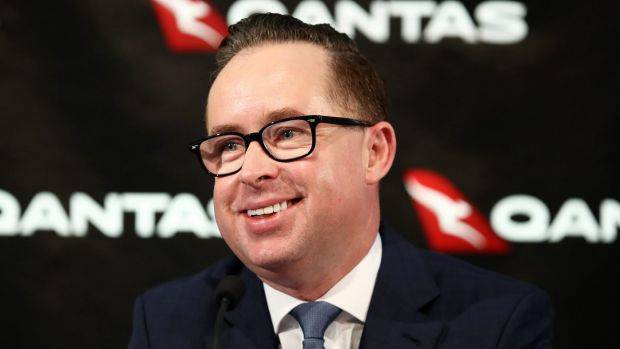 Qantas has offered to give its spare fleet of 737 Max planes to the 20,000 workers it laid off this week. The offer comes after a backlash about its decision to get rid of the workers just minutes after the airline industry was given a $715 million bailout from the government. The airline then went on to refuse to cut its dividends to its owners.

“There has been a lot of backlash in the community about laying off all those workers,” said CEO Alan Joyce. “But we just don’t have the money. We spent it all on my $23.8m remuneration package. What we do have, though, is plenty of Boeing 737 Max planes. So everyone can have one of them. It shows exactly how much we care about them.”

737 Max planes are the ones that tend to crash shortly after take off.

Mr Joyce said lot of people had expressed the belief that laying off two-thirds of the workforce wasn’t in keeping with its slogan, “the Spirit of Australia”. “Frankly, it’s exactly the sort of thing anyone in the Federal Cabinet would do,” he pointed out.

Mr Joyce said that instead of changing its actions, it was easier to just change its slogan to more accurate reflect Qantas under Joyce. “Scott Morrison said it himself. Under his government, you have to have a go to get a go. And we had a go at getting a taxpayer bailout, and so now we get a go at letting all our workers go. It’s very simple.”

“So we’re changing our slogan to be The Spirit of ScoMo’s Australia,” Mr Joyce told reporters.

As this article was going to press, seven ex-Qantas workers had grudgingly accepted Alan Joyce’s offer, which also included having a soft drink of your choice spilled over your laptop.