National
Rare photo of Scomo actually working sells for $1.8 million at auction
May 18, 2021 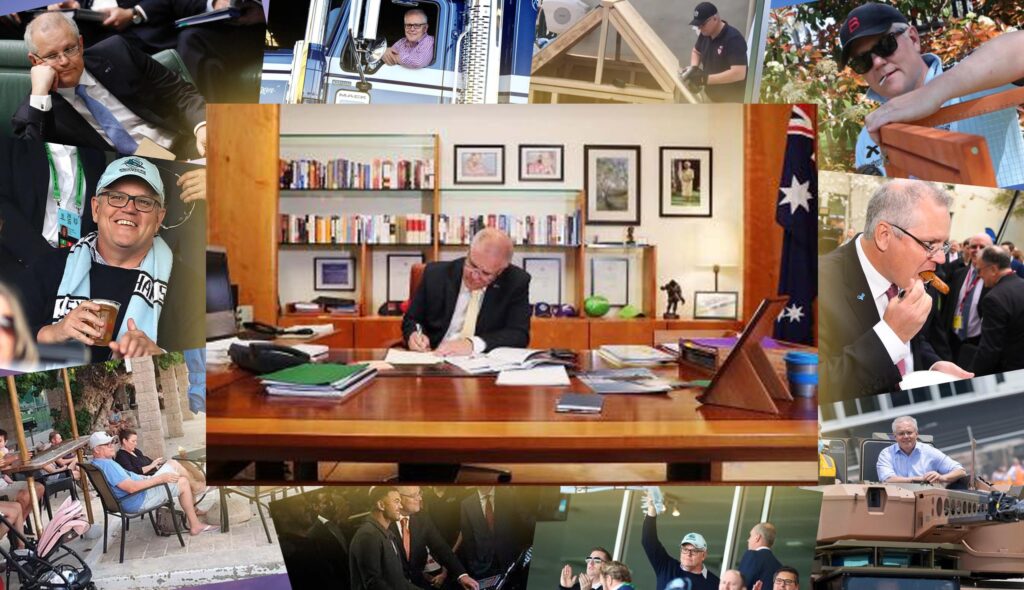 Part time Prime Minister and full time man of leisure, Scott Morrison has been photographed in a rare snap actually fulfilling the duties of the job he surprised everyone (including himself) of being elected for.

The photo is said to be the holy grail for rare photo collectors, with many hoping it will finally complete their ScoMo set. “Every collector is going to want this,” said one museum curator, “unlike the thousands of pictures of Mr Morrison smirking, holidaying, announcing things that never actually happen, and the old classic ‘hanging out at Bunnings during a natural disaster, this photo of Morrison actually doing something to better the nation is really one of a kind.”

The photo was quickly put to auction; selling for a whopping $1.8 million dollars from a political staffer desperate to make the Prime Minister look good. The previous record for a political photo sold for $1.2 million dollars earlier in the year. Bought by Andrew Bolt, it was a life sized portrait of Tony Abbott.