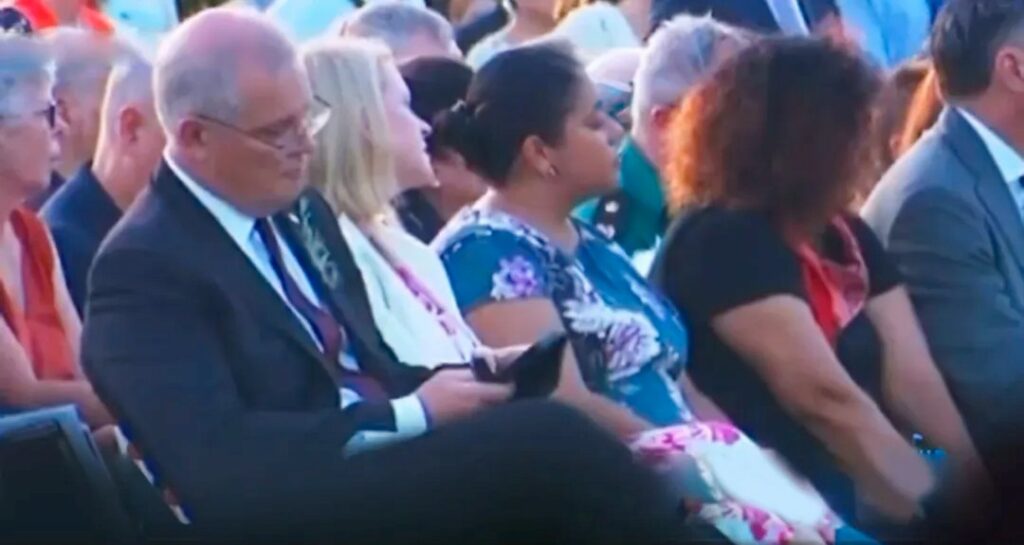 Scott Morrison has today hit back at allegations that he was texting during the ANZAC day morning service, stating that this is just another smear campaign and that he was actually just watching TikTok.

“God what kind of monster do you think I am?” asked the man who once threatened to shoot all women. “I wouldn’t disrespect the troops like that. No, I’ll leave that up to Ben Roberts-Smith and his defamation trial. With all the day to horrifying revelations coming out of that court room, it’s doing more damage to the Australian army than the Taliban could ever hope to.”