loading...
National
Scott Morrison dies after trying to show off lump of gas in parliament
1st of your 1,000,000 free articles this month 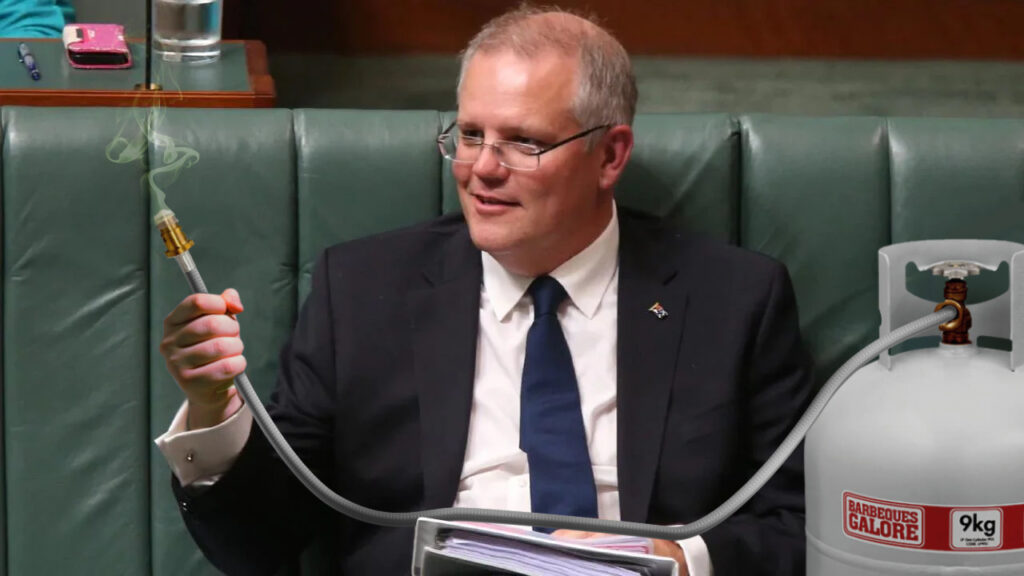 Troubling scenes have emerged out of Canberra today after numerous MPs were rushed to hospital to be treated for carbon monoxide poisoning.

The issue was caused by a parliamentary stunt in the House of Representatives, in which Prime Minister Scott Morrison opened multiple gas bottles on the floor of parliament to demonstrate the harmless nature of fossil fuel.

“There’s nothing to be afraid of, take a deep breath – it’s just gas!” Mr Morrison was heard slurring. “See ish perflectly harmlesh, and I … oh dear excuse me I’m just going to take a quick nap on the floor.”

The Prime Minister also rejected the notion that a transition plan to renewables should involve renewables, or even a plan, stating that green energy clearly doesn’t work if you ignore all the cases where it does.

The situation on parliament’s floor reportedly devolved into disorderly schoolboy–style antics soon after, as a delirious Barnaby Joyce suggested they blow up a deodorant can next. A spokesperson for the Prime Minister assured The Chaser that the cost of the gas bottles was not paid for using taxpayer money, instead being a generous donation from fossil fuel lobbyists.