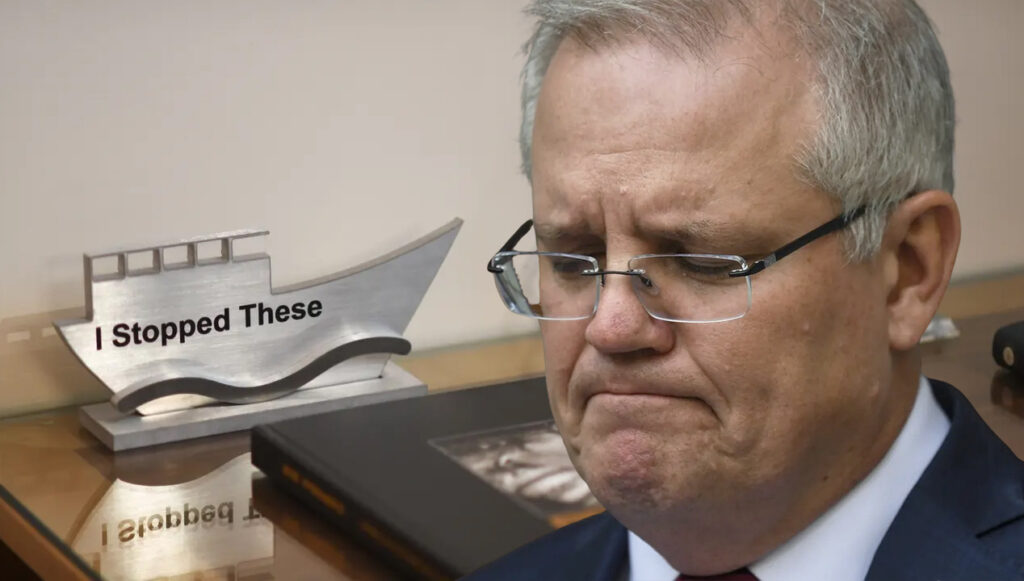 Scott Morrison has today been stripped of his “I stopped these” boat trophy by his fellow colleagues, after the latest Australian figures showed the number of boats off Australia’s coast quadrupled in the last month.

The removal of the boats trophy has reportedly left the Prime Minister deeply upset, with colleagues forced to cheer him up by organising a photo opp in Hawaii.