WRITTEN BY
Max Christensen
For The Chaser 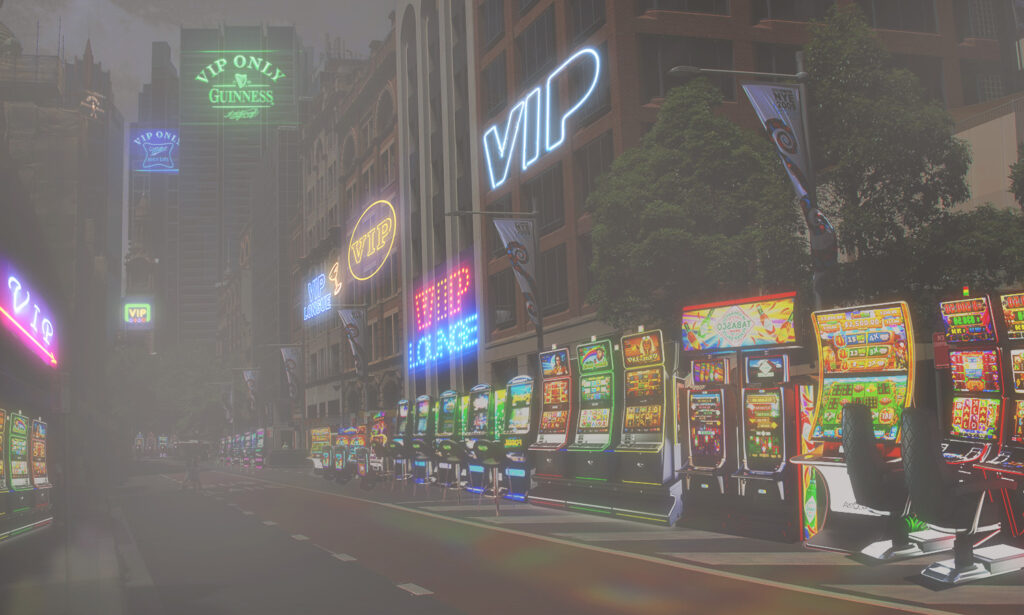 The Berejiklian government have acted firmly and decisively today in the face of four straight days of low grade air quality in Sydney due to the fires raging up and down the east coast. Stating that she would do everything in her power to address the issue, the Premier today motioned a bill in parliament to reclassify the entire state as a pokies lounge, meaning the air quality is now considered pristine by regular VIP room standards.

“Not only will this bill address the air quality issue once and for all,” said the Premier on the floor of parliament today, “It also fulfils this government’s dream to replace the entire economy of Sydney with pokies, which of course will be installed by James Packer following a generous bribe, I mean, donation to the party.”

However, many have hit back at the Premier for the plan, claiming it does not in any way address the looming threat of climate change that is causing the smoke in the first place. “I’m glad you mentioned that,” said the Premier when questioned by reporters today, “This bill actually does address climate change. By taxing pokie owners for 10% of their profits and using this money to offset the state’s emissions, we’ll surpass our targeted emissions cuts in the next five years. It’s a win win for everyone.”

The government later announced that the 10% tax on pokie owners would be removed from the bill before being passed into law, after lobbyists pointed out that such taxes might make it difficult for James Packer to buy his eight yacht.