National
Support for WA Premier soars after he refuses Eddie McGuire entry to Western Australia
1st of your 1,000,000 free articles this month 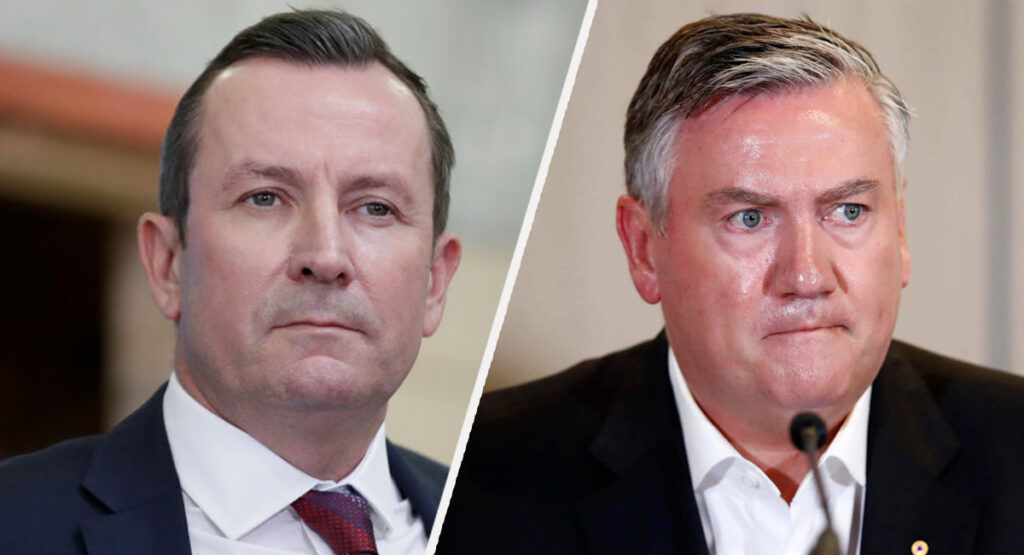 Support for WA Premier Mark McGowan has somehow grown even stronger after the widely popular leader’s government refused to give Eddie McGuire special permission to enter the state. This decision was revealed to the public when the professional fuckwit and racism hobbyist threw a tantrum on the radio despite not being welcome anywhere in the country for years.

“I demand special permission,” said the human embodiment of the smug entitlement of rich straight white guys, “what is going on here? I applied for something and didn’t get it. It’s an outrage! I want special permission and I want it now! Don’t they know who I am? I used to be in charge of Collingwood for fucks sake!”

WA residents have praised McGowen for not allowing someone to skirt the rules just because they are rich but especially in the case of Eddie McGuire.

“We don’t want him coming here,” said Bob a doctor from Perth, “also covid is a thing now too. That’s another reason we don’t want him here, so that makes it what 100 or so? Anyway, I am proud that our government stood up to him. I am happy to support someone who is happy to tell McGuire to piss off.”