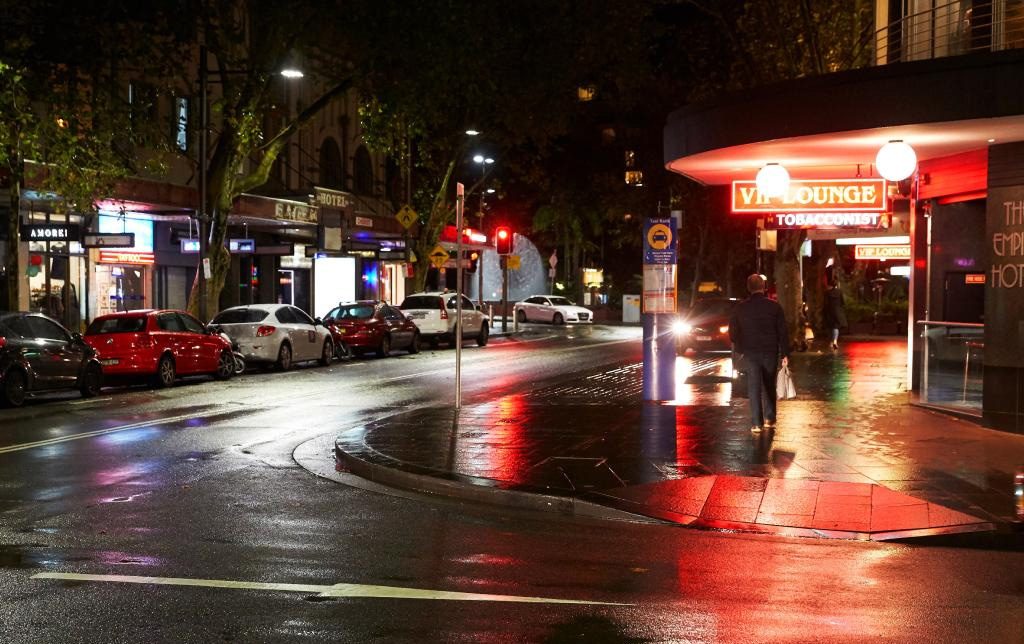 The stage four restrictions, which include an overnight curfew, have seriously hamstrung Melbourne’s nightlife industry but have not come close to reducing it to the minimal levels found in Sydney.

The small numbers of residents who can be found on the streets carrying out approved activities – shopping for food and essential items, care and caregiving, daily exercise and work – would likely require a police escort if found in Sydney’s former nighttime hub, King’s Cross.

By taking their one hour of daily exercise after sunset and then occasionally glancing out their window during the overnight curfew, Melburnians have been able to comply with the restrictions while still experiencing more nightlife than their NSW counterparts.

For its part, NSW’s nighttime industry has made the most of significantly less stringent restrictions. With venues often closed before midnight and live music rare, NSW Premier Gladys Berejiklian declared that Sydney’s nightlife economy was “basically back to normal”.

“Considering that Sydney was the most renowned cultural hub in Australia only a decade ago, I’m proud to have helped push the city into second place,” she said. The Premier told reporters that this achievement was particularly difficult given that Sydney had been relatively unscathed by coronavirus compared to Melbourne.

“If we had had more infections, I believe we could have implemented rules that would have permanently reduced Sydney’s nighttime culture to levels currently seen in Brisbane, Perth, or even Geelong.”