loading...
National
Sydney welcomes 2020 early as out of control blaze sets off fireworks
1st of your 1,000,000 free articles this month 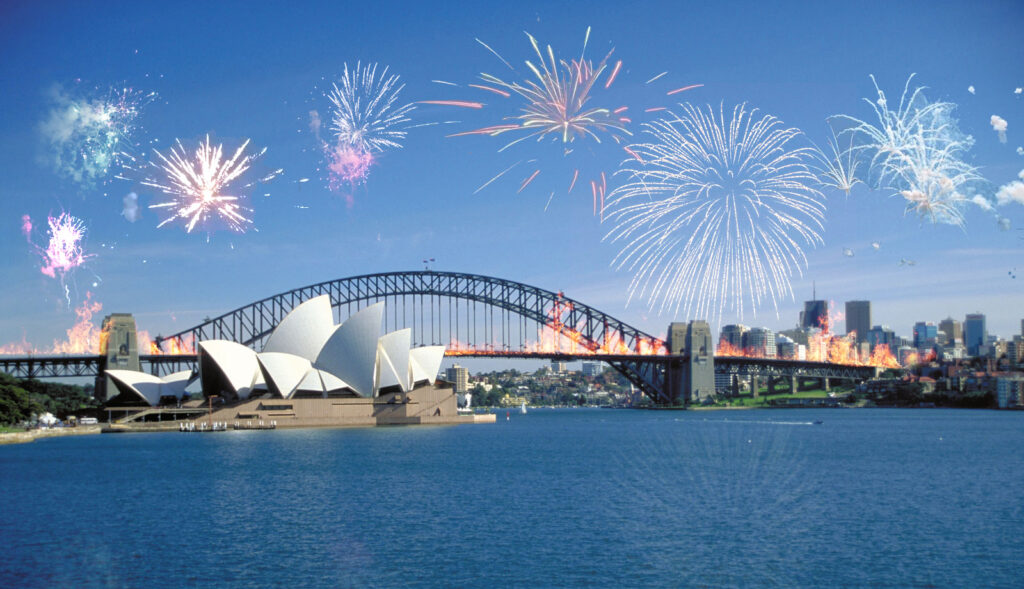 The city of Sydney has entered the year 2020 ten hours ahead of schedule today, after the famous Sydney Harbour bridge caught fire and burned to the ground, setting off all the rigged fireworks in Sydney Harbour in the process.

“Happy New Year!” a shocked Clover Moore was heard announcing as she frantically tried to put on here 2020 glasses and party hat, “I guess that proved all the naysayers claiming that we shouldn’t have fireworks because they might cause a fire wrong, hey? Turns out the fire caused the fireworks! Checkmate, royal fire service.”

However, the rapid entry into the new decade has cause some serious issues for the city, with members of the public forced to move forward their plans to drunkenly vomit in a crowded train and urinate in public. “Oh god, I’m not even remotely drunk yet” one panicked member of the public was heard shouting as he took up his planned position passed out in a gutter, “how am I supposed to ring in the new year in full sober awareness that the passage of time is a meaningless construct? Someone get me a vodka cranberry, stat!”

UPDATE: Melbourne has now also set off their fireworks early and declared it is already 2021, as they didn’t want to let Sydney be ahead for once.