The Expert Vitamin Shop
The chilling link between dried fruits and kidney failure
Is eating boiled pasta unethical? The science may surprise you
Mystery new Chinese disease could be the next swine flu or it could be nothing
Computer scientist at IBM 3D print working ant-heart
Is this mysterious new radiation burst from space proof that aliens exist?
Forced to get your child vaccinated? Try this one simple trick to avoid autism
How safe are your children from neutrinos?
Mystery particles found in Antartica show scientists haven’t quite worked out the universe yet
FACT-CHECK: Does pasta feel pain?
National
The chilling link between dried fruits and kidney failure
January 20, 2020 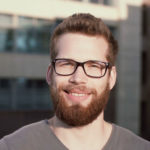 The Expert Vitamin Shop
General News
How safe are your children from neutrinos?
General News
Mystery new Chinese disease could be the next swine flu or it could be nothing
General News

Have you been gorging yourself on sultanas lately? You might want to think again before pickup up a packet of the grape derivative product, with new research coming out of the Winslow Institute for Health Research suggesting that as few as 3 sultanas a day could have a wide range of effects on your wellbeing.

“It’s very worrying, and we’re surprised it’s taken this long for someone to do some research like this,” explains head researcher Max Bulson. “Even we were sceptical going in to this study, but the results speak for themselves, and we wouldn’t be surprised if supermarkets started pulling sultanas off their shelves soon.”

The problem, according to the researchers, is linked to the amino acids that make up the sultana. While these are also present in grapes, the drying process means that they make up a much larger percentage of the chemicals in sultanas, and combined with the tendency for people to eat many more of the dried fruits in a single sitting, the result is worrying. “The fact is we looked at cross sections of kidneys, livers and other organs of people who have died from degenerative diseases, and we found a large number of these amino acids had accumulated in their bodies, the same ones found in sultanas and other dried fruits,” explained the researchers. “While no direct link has been found between the two, we are strongly urging caution when it comes to the consumption of anything that contains these chemicals, until we know exactly the role they are playing in these people’s deaths.”

Asked whether he would suggest patients avoid dried fruits based on this study, nutritionist James Parks says that he absolutely would be avoiding them at all costs. “The risks are just too high,” he explained. “Until we can say with certainty that eating sultanas won’t affect people’s health, I think it’s just common sense to avoid them, and the fact is we just don’t have the evidence yet saying they are safe to eat. We might as well be eating uranium.”

If you suffered from ill health and have a history of eating sultanas, please contact us with your story.

New study finds link between vaccines and child mortality
✕
Enjoy this story? You can help us keep writing by buying us a coffee.