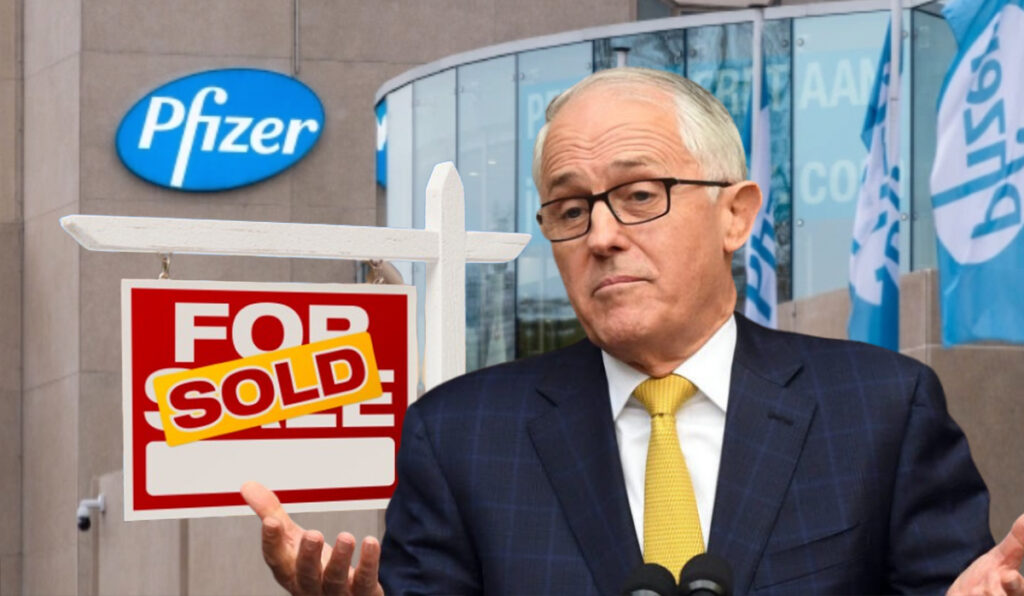 Former Prime Minister Malcolm Turnbull has today one-upped his peers, by just purchasing the entire Pfizer company and calling it a day. “Honestly, I don’t know why you guys didn’t think of this,” said Turnbull. “It’s only a few billion dollars. If you’d just cut back on a few avo toasts we could have had this sorted out in March.”

However, the plan has already hit a snag, with Health Minister Greg Hunt stating that it had always been the government’s plan for Turnbull to buy the company, and that Turnbull doing this made no difference to their ongoing negotiations. “Yes if you just check the secret Pfizer contract which nobody can see, you’d notice it specifically says that on the 5th of March we’ll fuck up the vaccine distribution, then on the 11th of June we will announce an increase in supplies right after Rudd steps in to negotiate, and then on the 13th of June Malcolm will buy the company.”

“Then on the 15th Tony Abbott’s telegrams will finally arrive asking the company to look into curing swine flu,” he continued. “It’s all very much been planned from the beginning.”