National
“What makes you think I’m racist?” asks man who got a trophy for all the immigrants he jailed
April 4, 2022 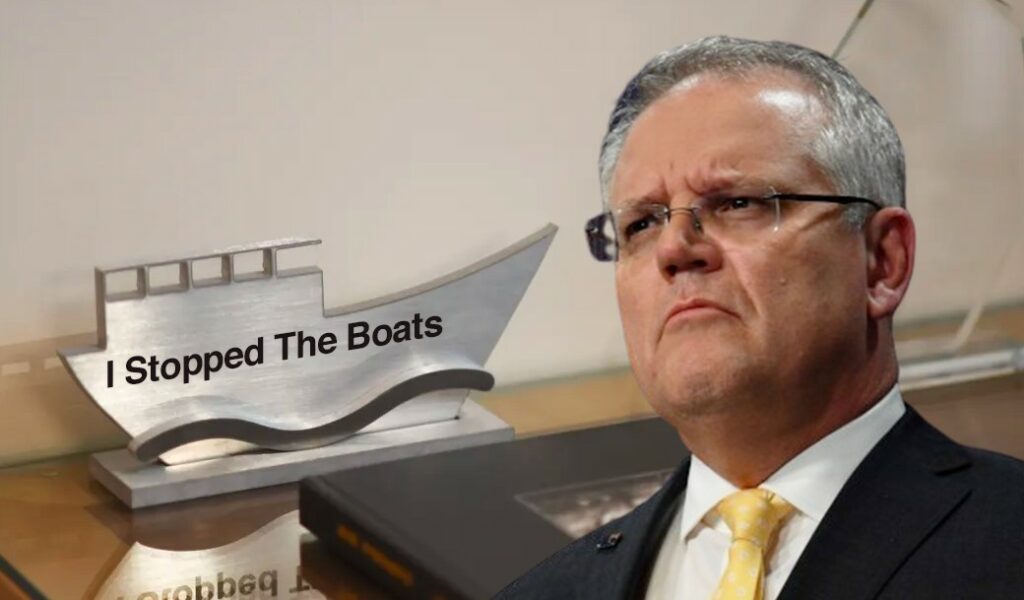 Prime Minister Scott Morrison has today pledged to sign a document declaring he is not racist, in a move that is sure to settle the issue once and for all. “Sure I may only be Prime Minister because of all the immigrants I locked up on an island prison, but that doesn’t mean I’m racist!” explained Morrison. “I’ve also imprisoned a lot of poor white people for getting paid too much by Centrelink, so in the end I think you’ll find I’m equally sociopathic to all races.”

“I hang out with people of different races all the time,” continued Morrison. “Just ask person of colour Karl Stefanovic. I love all races from white to caucasian!”