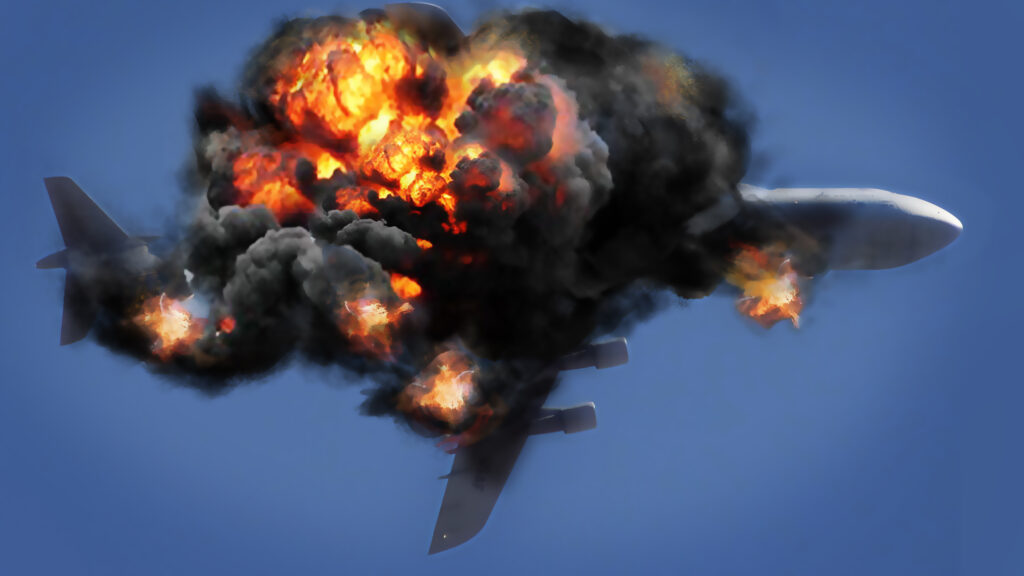 Gatwick airport officials were left with egg on their faces yesterday, after News of the World reporter James Jackson blew up a British Airways 747 as part of an ongoing “special report” into British security lapses.

Despite increased security after a terrorist scare last month, Jackson was able to plant and then detonate over five kilos of Semtex in the plane’s luggage compartment, simply by first machine-gunning a number of airport policemen.

“I was appalled with the ease with which I was able to perpetrate this terrible tragedy”, said Jackson yesterday. “These airport officials claimed that Gatwick’s security was tighter than a drum, and yet all it took for me to bomb this plane was a paramilitary-style attack and a few kilos of plastic explosives.”

Jackson, who rose to fame for defrauding his former employer to research an article about white-collar crime, said it was alarmingly easy for anyone seeking information about explosives to get it over the internet. He also pointed out that since he had published this information in his completed article, it was now even easier.

Jackson is quick to defend his actions. “Some people, for example the families of the bombing victims, have attacked my actions as irresponsible, even criminal. To them I say – what about the irresponsibility that allowed this to happen? I was simply trying to highlight how frighteningly easy it was to blow up an airliner full of people, an eventuality that this airport keeps telling us that it is prepared for. If anyone here is a criminal, it is these criminally negligent officials.”

“I may have claimed more than 300 lives in this senseless attack, but how many more have I saved in the long term?”