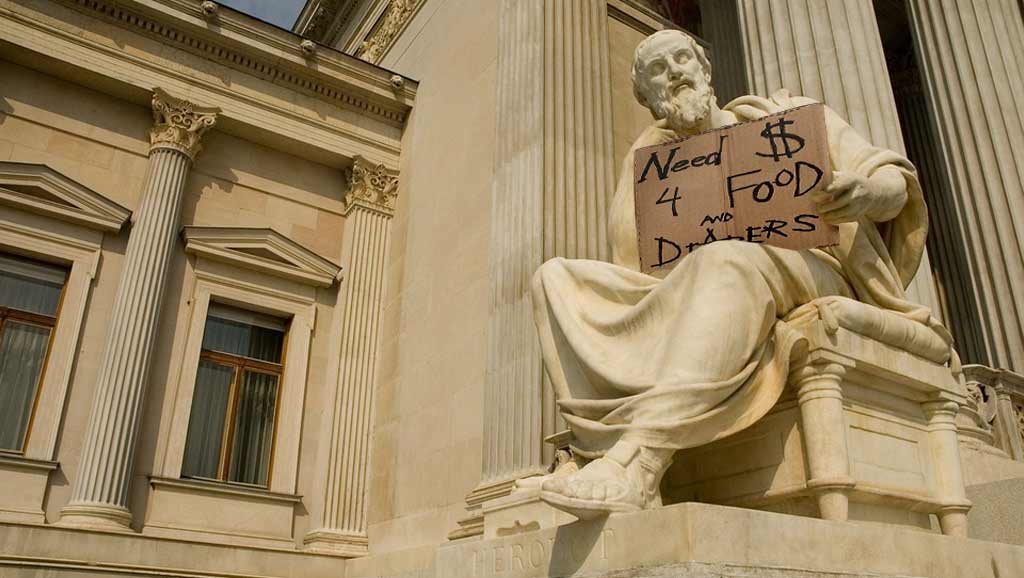 After no university philosophy department successfully reached a series of funding benchmarks applicable under the latest Federal funding criteria, Australian universities will remove the subject from their curriculum next year. A study by the Australian Vice Chancellors’ Committee found that the nation’s philosophy departments had raised thousands of questions over the year, but had not succeeding in answering any of them conclusively.

“To have a 100% fail rate on your answer rate is unacceptable under our latest result-oriented guidelines,” said Ken Williams of the AVCC audit committee. “Without definitive progress to show the government, we lose funding.”

Auditors were also very critical of the failure to keep the course updated, pointing out that in many cases the philosophers were asking the same questions that have already been asked for millennia. “I can understand why some old Greeks thousands of years ago would struggle with questions like ‘Is there a God?’ or ‘What is truth?’’, Williams said. “But now that our lecturers have access to the internet, I would expect at least some conclusions to have been reached.”

Williams said that some of the former lecturers shared part of the blame for their departments’ inability to justify their funding. “For instance, when we asked the ANU Philosophy Department why it should continue to exist, its staff merely asked us how we knew any of us existed.”

“Well, at least that’s one philosophical conundrum that’s been answered,” he commented. “As of now, they don’t exist.”

The AVCC audit also put other Departments on notice that they needed to produce more concrete results to justify their position in modern universities. “We are funding our English Departments to the tune of millions of a year, yet we find now that most students entering the English Department can already speak English,” Williams said. “We’d be better off redirecting that money to the Business faculty, which actually succeeds in teaching English to thousands of overseas students each year.”

Where formerly they pondered many of the mysteries of the universe, an innovative industry partnership will instead redirect current philosophy students towards seeking definitive answers to only one overarching question: “Would you like fries with that?”