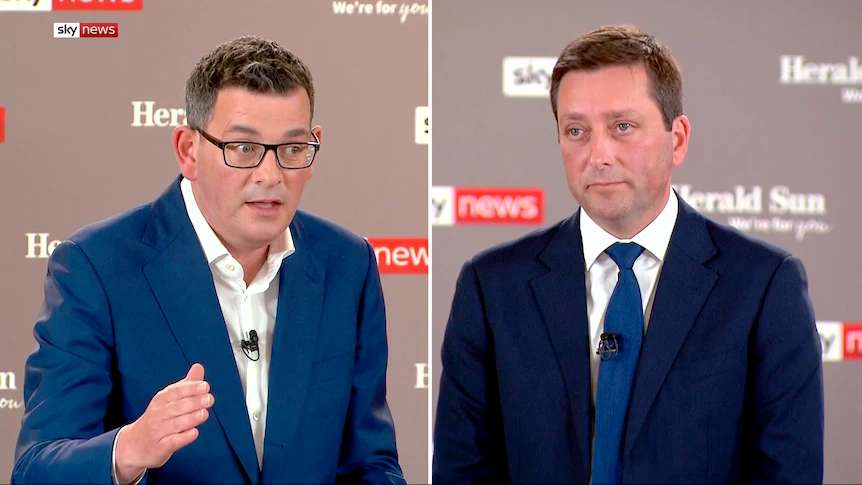 Dan “Dictator” Andrews has won this week’s Sky News’s election debate in a nail-biting finish that saw him only score six times more points than his opponent, Matthew ‘Wise’ Guy, according to reports from Sky News.

The debate, hosted by Australia’s most independent far right news network privately owned by a billionaire, saw Andrews miraculously scrape by with a paltry 87 points to Matthew Guys robust 13.

Making up the audience, one hundred undecided voters were selected randomly from a list of LNP donors. Told to prepare a question to ask the two candidates, examples given to the crowd included such important questions as “How will you fix Dan Andrews Mistakes?” and “Why haven’t you resigned yet Daniel?”

“When you think about it, this is really a massive loss for Andrews. Out of 100 voters, 13 of them said they were either undecided or wouldn’t vote for him… and that is a huge issue for anyone” belched Andrew Bolt, “that’s a 13% swing against him? That’s how that works right?!”

Sky news has revealed their main political analyst, SportsBet was reporting $1.06 odds for a Labor win but is now increasing their odds to a whopping $1.10,