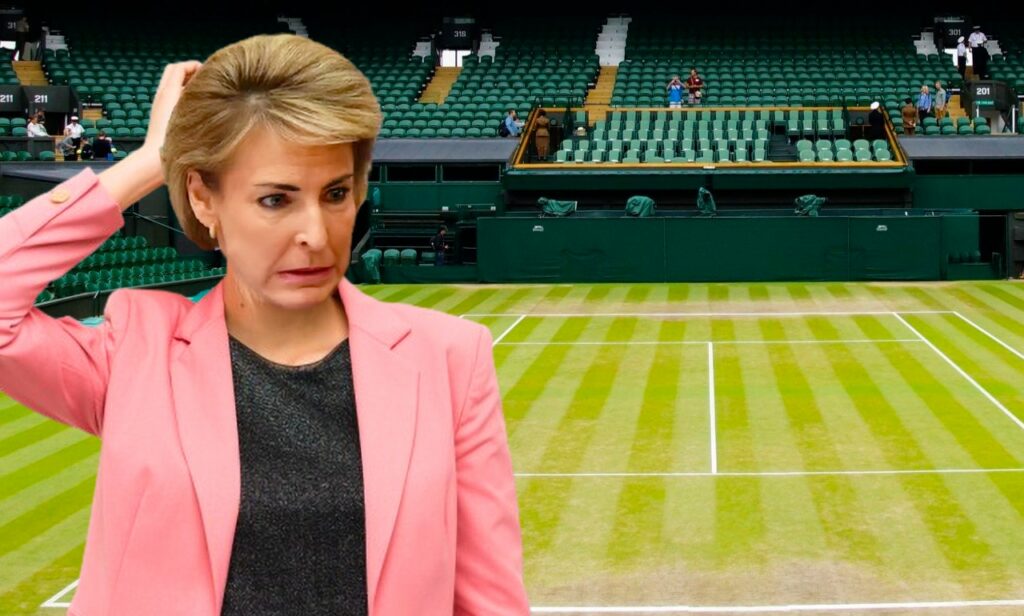 Attorney General Michaelia Cash has today started brushing up on her backhands, after tennis star Novak Djokovic threatened to take the government to the highest courts. “WOW I’VE NEVER BEEN TO WIMBLEDON BEFORE, HOW EXCITING!” said Cash solemnly. “I’LL HAVE TO TELL THE PRIME MINISTER THIS, HE LOVES OVERSEAS HOLIDAYS. WIMBLEDON IS MY FAVORITE PLACE. HAHAHAHAHAHHA. SORRY WHAT? THERE’S WHITE POWDER ON MY NOSE YOU SAY? WHOOPS, MUST HAVE BEEN THAT DONUT I HAD EARLIER!”

However, Djokovic was quick to clarify that he was actually referring to Australia’s high court, where he hopes to overturn the requirement that rich people be subjected to the same quarantine rules as everyone else. “Why should I not be allowed to come and hit a ball around a field for millions of dollars simply because it might put a few people’s lives at risk?” asked a frustrated Djokovic. “No, I’ll simply throw a tantrum and then demand the judge ignore the rules and declare me the winner in court. I’ve had plenty of practice with this.”

Expert analysts are predicting a “massive fucking win” for the government, in which they concede defeat to Djokovic and pay all his court fees, using a precedent known as “the Porter Defence”.