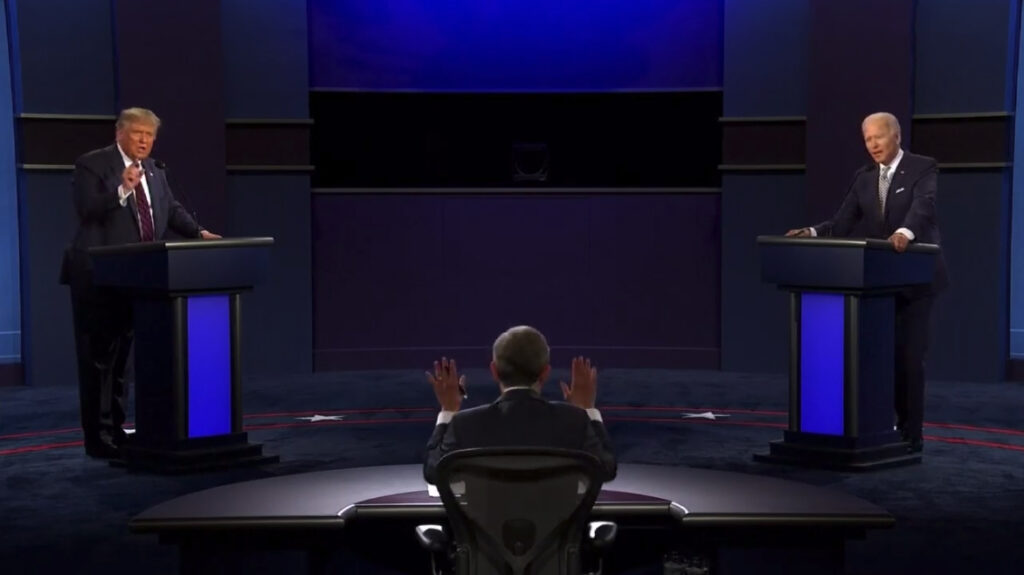 The United States of America has exhaled a deep and concerned sigh today, after realising what they just saw on TV represents the best chance they’ve got at bringing their country back from the brink. “Huh, well, uh that was something,” said dazed people across America after watching a half hour car crash on live TV. “I think we almost touched on some policy there.”

“Am I crazy or did the President just avoid denouncing white supremacy?” asked one slightly concerned viewer. “Also how the hell did Biden not even bring up the Obama supreme court nomination?”

“I guess they’re the best we’ve got,” shrugged another viewer. “Otherwise that’d mean we’re pitting a mediocre old white guy who can’t keep from tripping over his words against a monster who is happy to just make up facts to make his opponent look bad in the middle of a pandemic while the economy crumbles. No, I’m choosing to believe all of that went well and we’re not heading for a precipice.”