World
Boris Johnson celebrates the release of his corruption report by throwing a party
February 1, 2022 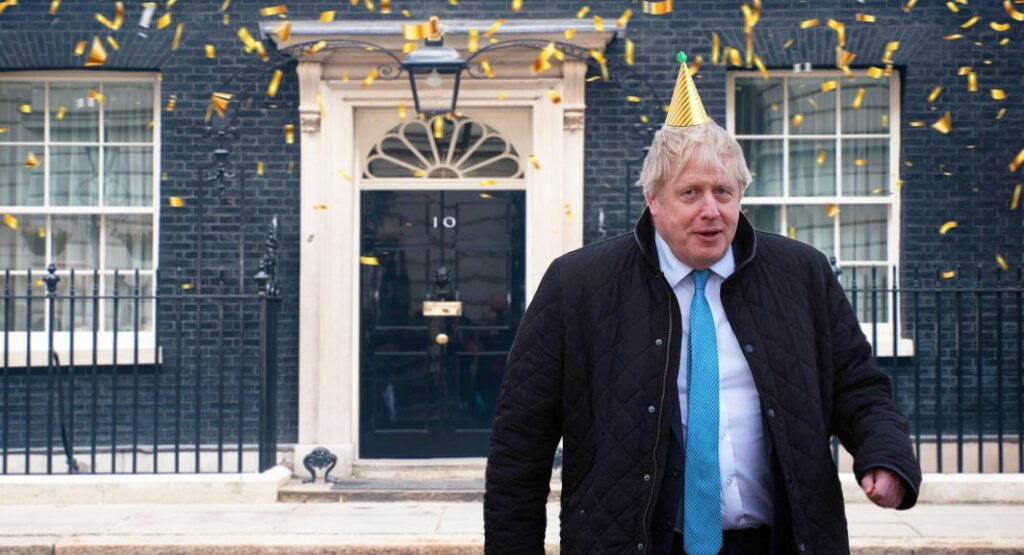 British Prime Minister Boris Johnson has apologised following the release of the report into the parties that have been held at 10 Downing Street during covid lockdown. Johnson said he plans to make it up to the parliament by holding a massive party at 10 Downing Street, to which everyone is invited.

“The report says that I failed in taking leadership on this issue,” Boris told Parliament, “and for that I am truely sorry. I should have taken more leadership and had that part of the report redacted also.”

“However the suggestion that I was not being honest when I said that I didn’t know the parties were parties until the report is just ridiculous. While I accept that there was parties, in my house, one of which was on my birthday, I still had no idea a party was happening.”

“Now enough dwelling on the past and lets celebrate the future, it is the two year anniversary of Brexit after all! What more reason would there be to celebrate! Just as soon as we get some food across the border, I say we should celebrate.”

In response to the latest plans for a party, health experts have warned those planning to attend a Boris Johnson party of a potential virus outbreak, “the chance of coming into contact with crabs is quite high.”