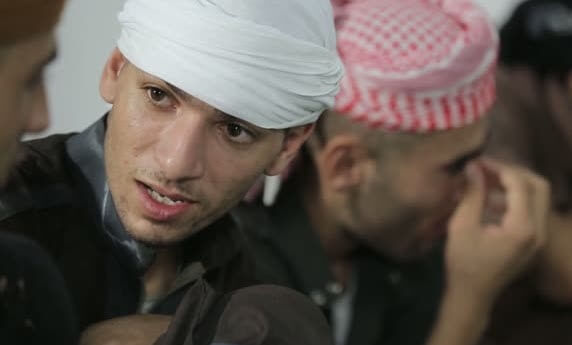 Sydney twenty-year-old Faisal Dormis sauntered into his local Mosque yesterday, interrupting everyone’s prayer, to show them the “Epic tattoo of Muhammad, the sickest prophet” he had gotten earlier in the week.

Religious leaders and friends of Faisal immediately scolded him for his stupidity, with his brother Aafa dragging him out of the Mosque by the ear to berate him privately outside, only to catch a glimpse of Faisal’s newly spray painted car, with a perfect stencil of Muhammad’s face spray painted on the side.

Faisal defended himself quickly, still not fully understanding the significance of his foolishness, “Dude it’s sick, I thought you’d love it, this way Muhammad is always cruisin’ with me.”

Aafa sank to the ground, exclaiming, “Mate you have really outdone yourself, I thought it would never be worse than the time you ordered ham and pineapple pizzas to Mosque, but this is another level of stupidity.”

Faisal is now telling everyone that the tattoo is actually not of the Muhammad but instead his great great grandfather Muhammad, whom he takes after. He noted that his grandfather was a big believer in only venturing to the Mosque on sacred holidays and only praying a couple times a week, an observance Faisal will be following out of respect for Muhammad.