World
“I’m not guilty, but if I say my version of events I’ll sound guilty” says George Floyd’s murderer
April 16, 2021 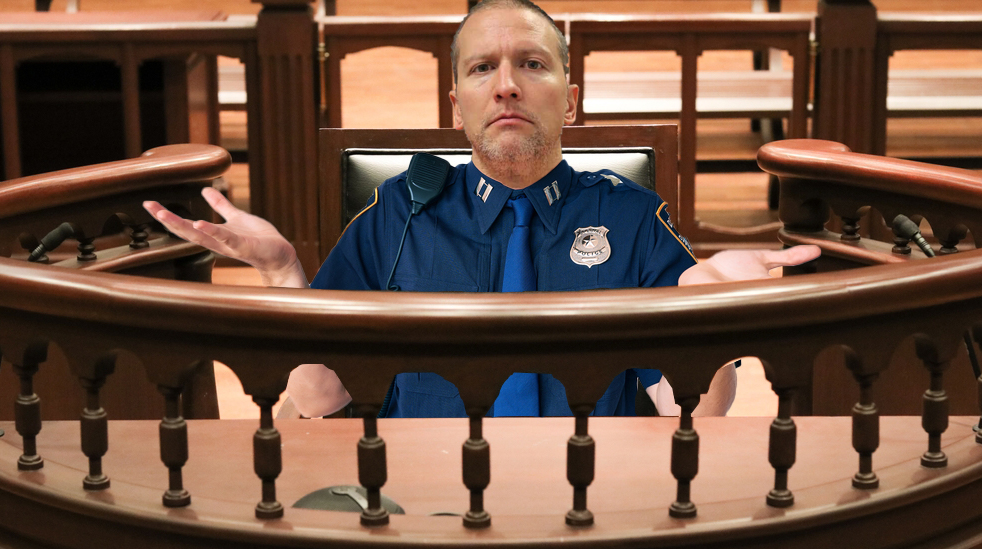 Former police officer and current murderer, Derek Chauvin has decided to invoke his 5th amendment rights not to take the stand instead of giving his version of the event for the first time. According to Mr Chauvin’s lawyers he decided to take this route after ‘lengthy discussions’ which lead to the realisation that any version of the event that he gives still makes him sound like a ‘racist murderer’.

“Legally speaking pleading the fifth is not suspicious when no-one has accused you of any other crime,” alleged the murderer’s lawyers, “we are just formulating a defence that involves not defending the actions. Despite what his former superior officers and pretty much everyone else have said about the situation, our client did nothing wrong.  Our client is not guilty, it’s just that if we let him tell his side off the story it will sound like he brutally murdered a black man for no reason and tried to hide it from his superior officers. There is no good that could come from clarifying any of those events which again, he is still allegedly not guilty of.”

“The assertions that this tactic in this circumstance is ‘suspicious’ are just disgusting smears aimed to discredit my client. Also please remember Floyd did drugs sometimes, so are we sure he didn’t deserve to be murdered for being black? I mean, maybe if he didn’t have a tolerance level built up from previous addictions and then lapsed with a non-lethal amount he would have been fine after having his neck crushed for 8 minutes and 46 seconds leaving him unable to breathe. I mean to recovering drug addicts even know how to breathe?”

In response to this announcement people around the world are looking on wondering whether a well formulated case which includes testimonies from his former superior officers and footage of the murder can overcome a defence that is purely just trying to bank on the insane home court advantage racist cops have in the alleged ‘Justice System’.