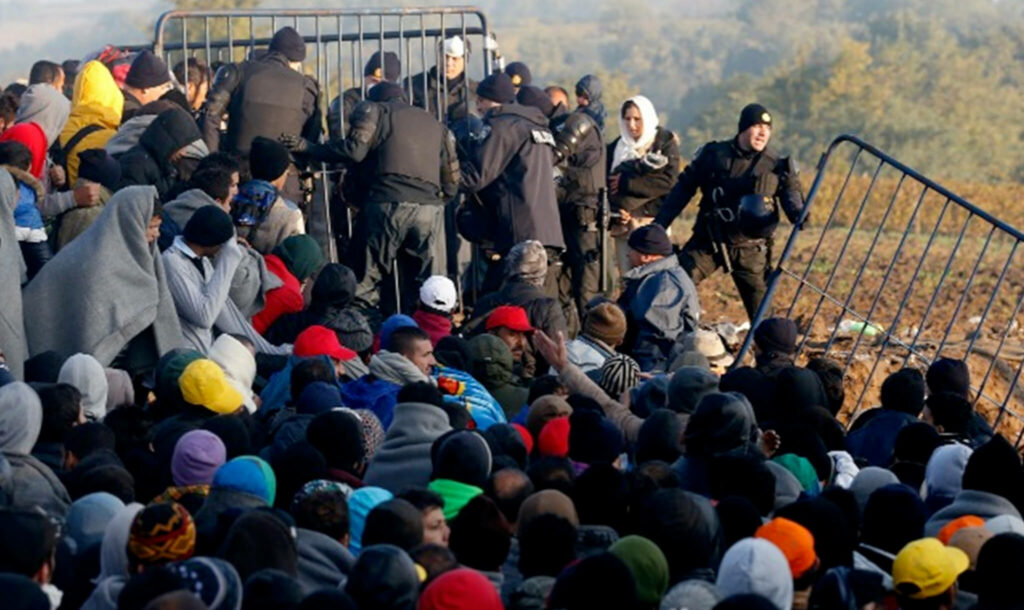 Mexican President Enrique Peña Nieto has today pledged to crack down on the rising tide of illegal immigrants flooding into the country from the United States, following an unprecedented influx of US citizens attempting to flee the country’s mounting political turmoil.

Though the number of Americans crossing the border into their neighbouring country has been steadily on the rise since 2016, authorities are reporting that the problem has reached epidemic proportions tonight, following predictions of a second Trump presidency.

Speaking with those fleeing the turmoil, it’s clear their decision is not simply based on the better economic prospects of working in a country that isn’t run by a man who has more bankruptcy filings than tiny fingers. “It’s not about taking people’s jobs,” said one American father standing in the crowd amassed at the border. “I just want to live in a country where I can raise my family without fearing daily for their safety, particularly my attractive young daughters.”

Meanwhile New York is reportedly at a standstill following the mass re-patriation of Mexican workers, with the entire service industry grinding to a halt, leaving millions of white middle class business analysts stranded in their twelfth story offices, unable to obtain the Starbucks coffee they have come to depend on to make it through a day of largely pointless middle-management.

“It’s a nightmare” said one dazed social media guru, as he attempted to hail a non-existent cab on the corner of 42nd and 3rd streets, “My company’s going to have to fold. You can’t expect us to keep going without employees who are willing to work for three dollars an hour. Just the tax alone from employing documented workers would cripple our entire business model.”

Mexican authorities are already exploring various options to deal with the growing number of refugees. Though he would not be pinned down on specifics, President Nieto said one possible option to keep the tide of Americans out would be to build some kind of a wall, although he was unable to say where the money for such a construction would come from.