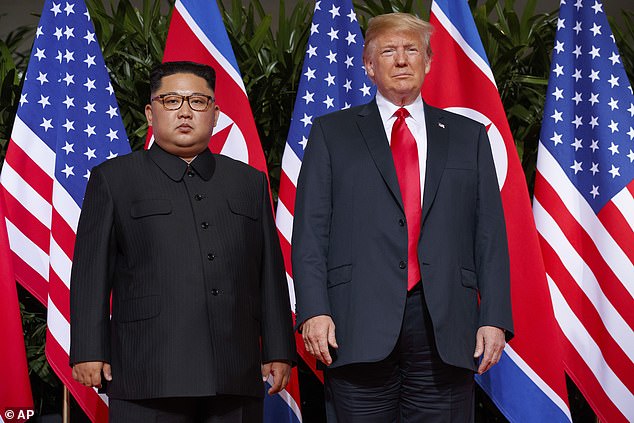 Close watchers of North Korea have today increased confidence in earlier reports that North Korean President Kim Jong Un may be in a vegetative state, with speculation in the press that the leader has been pronounced brain-dead following a botched operation. However, experts were quick to throw cold water on suggestions that this may signal a change in leadership in the secretive communist state, with many pointing out that the American President has continued to carry out the functions of the office despite being visibly brain-dead since taking office.

“Based on past precedent, we fully expect Mr Kim to be back up playing golf, altering Weather maps with a sharpie, and stating at solar eclipses in no time.” Explained President Kim’s doctors. “Why only yesterday we saw great improvement in him returning to normal life without a brain after he uttered his first words to doctors, asking them if they might be able to cure his condition with very powerful lights.”