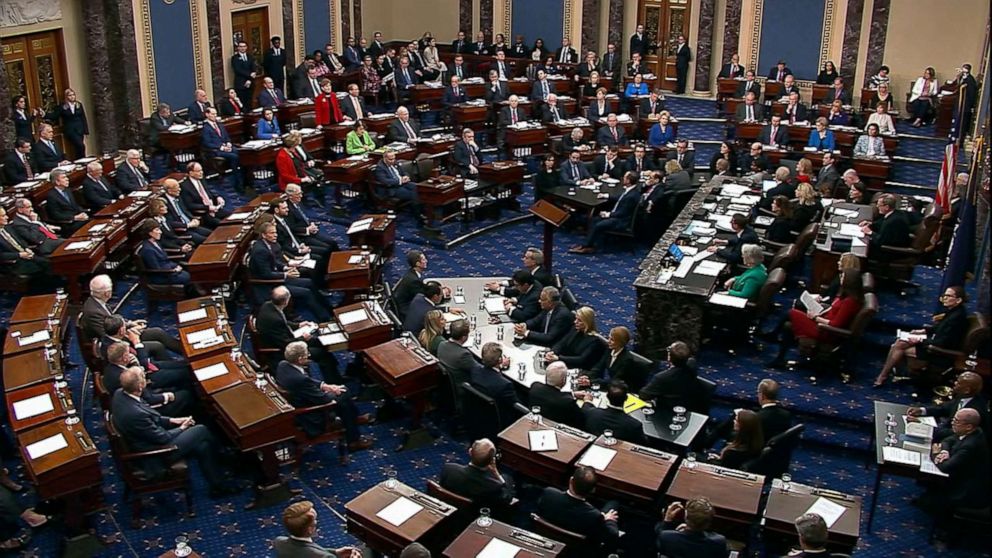 The American Senate has today handed down their final verdict in the impeachment inquiry into High Crimes and Misdemeanours, with a 100% vote to convict on all counts. “We find that the defendant did knowingly and wilfully attempt to subvert the constitution of the United States,” said Senator Mitch McConnel when handing down the verdict today. “And therefore it is my solemn duty to find Hilary Clinton guilty on all charges.”

The ruling is little more than a formality for the senate, with experts and pundits having long assumed that the senate would somehow turn this whole thing around on Democrats. “From the moment Trump went on TV and openly admitted to conspiring with Ukraine, it was obvious how this would play out,” explained CNN anchor Anderson Cooper. “Obviously there could be no other outcome other than the President’s crimes being spun by Fox news until the entire Republican base believes it was entirely Hilary’s fault.”

However, it is a bittersweet victory for some Republicans, knowing that the true culprit, Obama, once away got away scott free. “God I wish we had the courage to convict that man for what he got up to as President,” said Republican senator Marco Rubio this afternoon. “I mean, can you believe he wore a tan suit that one time? Unacceptable. He completely demeaned the office of the President. Why couldn’t he be more respectable like Trump and simply let his best friend go to jail to help cover up the hush money he paid to a porn star he was cheating on his wife with. Tan suit, pah, outrageous!”