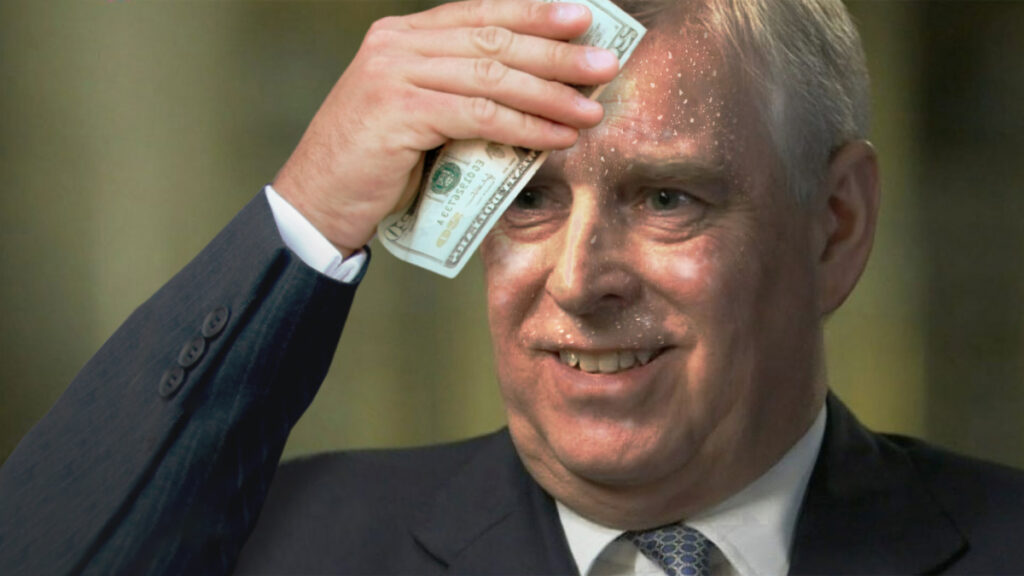 Eighth in line to the throne and part time sex trafficker Prince Andrew has today broken his no sweat streak, following increased scrutiny over reports he may be about to face consequences for the first time in his life.

“It’s very strange, I’m suddenly all wet,” a palace source says they overheard the Prince telling doctors, “It occurred immediately after I received a surge of adrenaline from having been pictured at the mansion of a convicted child-trafficker, with my arm around the waist of a woman who has accused me of raping her. I’ve no idea what’s going on.”

However, the palace has hit back at reports that an alleged picture of the Prince wiping sweat from his brow with a $20 note, stating that the hand had clearly been photoshopped as the hands were not nearly red enough. “As we all know, pictures of the prince generally depict him red handed,” read the press release “and what’s more it’s a well known fact that the Prince only wipes his brow with £500 notes or higher. What kind of a pleb do you think he is.”