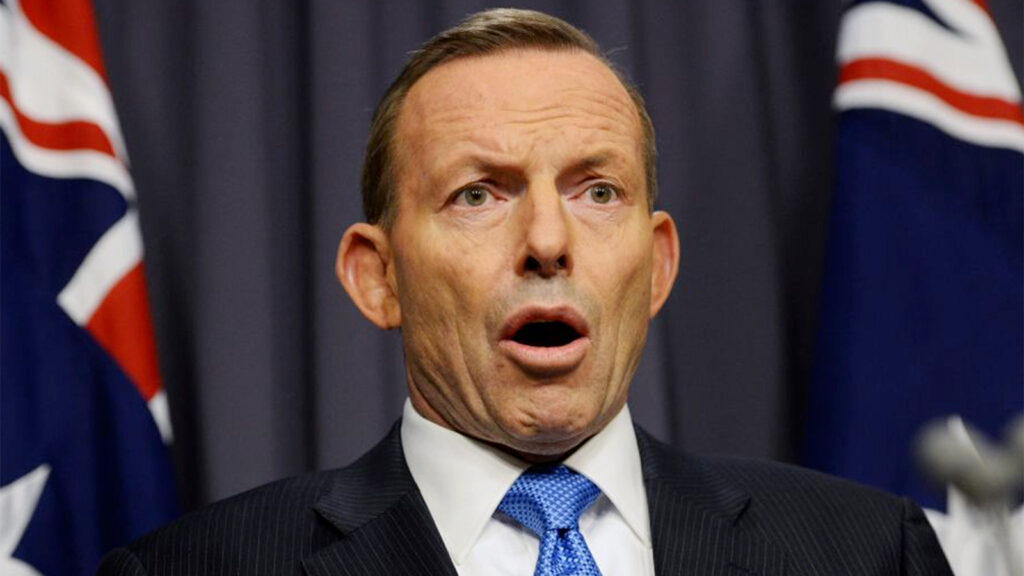 Former Prime Minister Tony Abbott has immediately blundered in his new role by stopping all the boats coming into and out of the UK. Success in the position – trade envoy for Brexit – relies entirely on boats not being stopped.

Abbott had been offered the position after impressing Boris Johnson with a string of racist and sexist ‘gaffes’. But insiders say this latest mistake – fundamentally destroying the only thing he had to take care of – was part of a ‘learning curve’ but that he would only be allowed up to 300 similar fuck ups.

Speaking from London, Abbott stated that only British things would be let into Britain from now on, like himself.

However, wearing a Union Jack napkin tucked into a three lions soccer shirt and visibly salivating, Abbott conceded that he had actually let one boat in – a coal barge full of raw onions. The newly minted Brexiteer said that it was OK because they had come via a legitimate pathway, were a close personal friend of an important Brexit trade envoy and, most importantly, were mainly white onions.