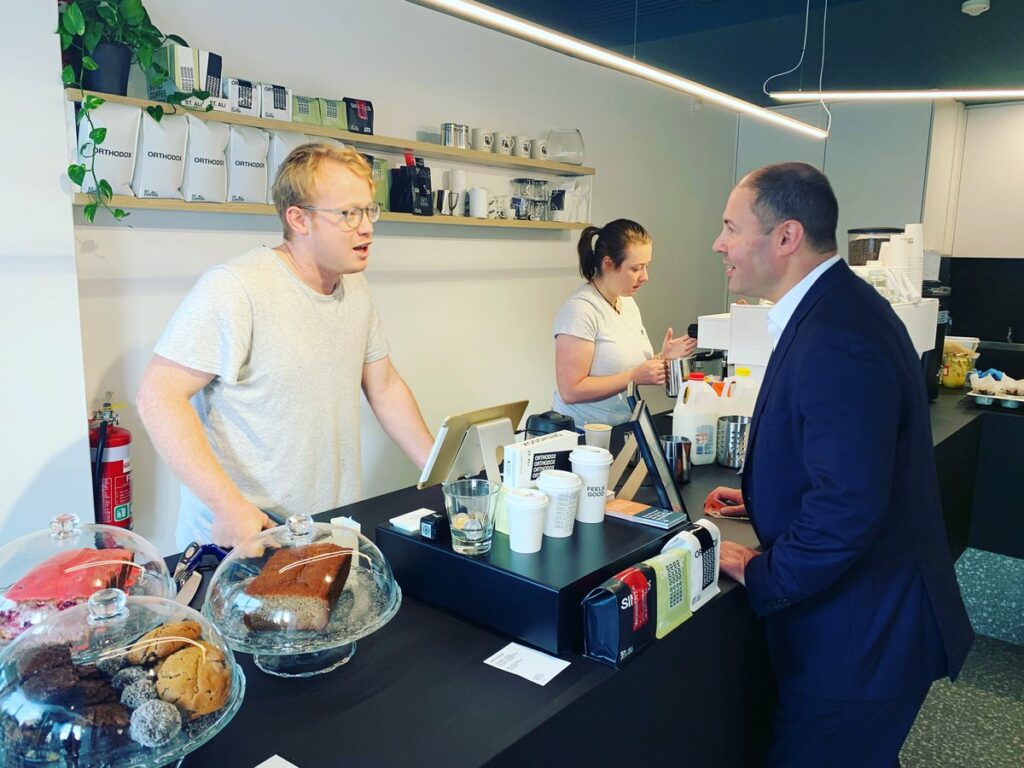 A cafe owner in Melbourne inner-east has struck it rich, after Josh Frydenberg walked in and bought a sandwich from the struggling establishment.

The sandwich normally sells for $7. But Mr Frydenberg instead paid $200 million for the chicken and salad sandwich with mayonnaise, which he later described as “a bit stale.”

Mr Frydenberg initially blamed Treasury and his staff, for the slip up, but later said he had nothing to apologise for. “In the grand scheme of things, I only got the cost of the sandwich wrong by $199,999,993, which is basically a rounding error compared to last week’s $60,000,000,000 mistake.”

Mr Frydenberg admitted later that he’d sought estimates from Treasury about how much a sandwich from the local cafe would cost but since everyone in the office had  only ever dined in five star restaurants, nobody had any idea.

The cafe owner said that despite the $200 million windfall he still planned to systematically underpay his workers. “It’s the Australian way.”